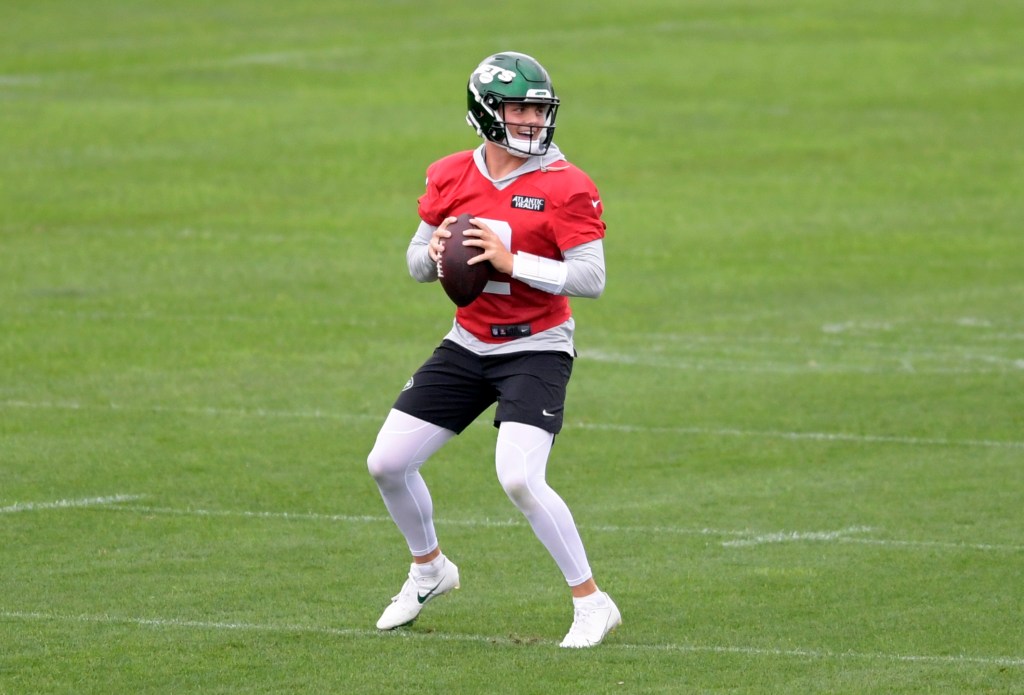 
Back in February as the NFL draft prospects were being dissected, some people pointed out that Zach Wilson was not a captain in Week 1 last year for BYU and whether that was a red flag.

No one is wondering that anymore.

Wilson was named one of the Jets’ team captains on Wednesday, a pretty remarkable honor for a 22-year-old rookie. Wilson was chosen in a vote by his teammates.

“I think it’s definitely an honor. I think it’s a role you definitely have to take seriously,” Wilson said. “It’s who people look up to on the team, who they feel like they can come to with any problems or whatever questions come about. I definitely don’t take it lightly. I thought it was cool.”

Coach Robert Saleh said it shows just how respected Wilson is by his teammates already.

“When I did see it, I was like, ‘Oh, look at that,’” Saleh said. “I think it’s more of a testament to him and the way he’s been able to conduct himself here. Like I said, you go to the cafeteria and he’s hanging out with his O-linemen. He’s got an infectious personality, so credit to him the way he’s handled himself so far.”

Wilson said he has made an effort to get to know his teammates and build bonds with them. One of the questions people had about Wilson was whether a baby-faced 22-year-old could lead a room that includes, in part, older men who have kids of their own. But Wilson has fit in beautifully and seems to have the genuine respect of his teammates.

“I think something I’ve tried to work on just myself is my personal and emotional connections with guys off the field,” Wilson said. “Obviously, everything is business when we’re here. On the field, you want to be that guy that they look to but off the field you want to be somebody that actually gets to know them and understands their background and where they came from. I think that’s super important to know everybody’s name and kind of their story. I’ve always taken that approach to take that time in the cafeteria or wherever to do that stuff like that.”

Davis, who signed with the Jets as a free agent in March, said Wilson has proven himself as a leader.

“I wasn’t very surprised, to be honest,” Davis said about Wilson being named captain. “He’s a young dude but he’s ready to lead. The team wouldn’t have voted him a captain if he wasn’t ready, if he didn’t show that he could be a good leader. He’s been doing that all camp, just extra work and doing things that people don’t see.”

It is funny now looking back at the brushfire in February about him not being selected as a captain at BYU. Though he was not initially a captain, he was named one shortly after the season began. Wilson explained Wednesday that it was tough because he was part of a quarterback competition entering last season and no one was sure if he would even be the starter.

“It’s two different situations,” Wilson said. “I think when I was at BYU and didn’t come off a great sophomore year, injury or whatever, and you’re not named the starter at BYU. If I’m not the starting quarterback, why am I going to be a captain? I’m going to be a backup. When the team doesn’t know who the starter is yet, how do you vote him as a captain?

“In this situation where I’ve been able to be that guy and people are able to come and ask questions and all that kind of thing, it helps in that regard.”

Why everyone wants to punch Jake Paul in the face