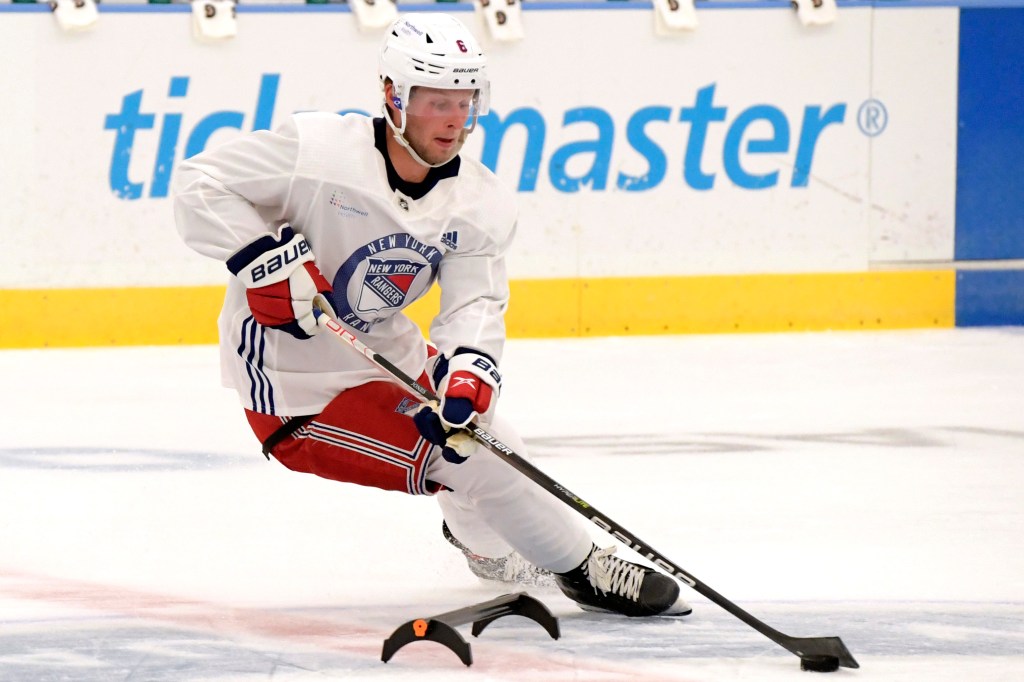 
Zac Jones’ excellent training camp adventure wasn’t quite enough for him to secure a spot with the Rangers.

But the 20-year-old lefty defenseman, who built off his 10-game trial at the end of last season, certainly made an impression before being assigned to the AHL Wolf Pack on Thursday.

The 5-foot-10 Jones, slick and poised with the puck, was a victim of numbers, not of disappointing performance. With Nils Lundkvist cementing a spot with his strong performance in Wednesday’s exhibition game victory over the Devils at the Garden (if the Swede hadn’t cemented it a spot the moment he touched down in North America), there’s no room for a guaranteed top-six spot for the UMass product.

Ryan Lindgren, K’Andre Miller, Patrik Nemeth and Jarred Tinordi have spots on the left side with Adam Fox, Jacob Trouba and Lundkvist ensconced on the right. Libor Hajek remains on the roster for now as the eighth defenseman as general manager Chris Drury seeks to get a return in the trade for the Czech before he is forced to place him on waivers.

Jones, who partnered often during camp with Braden Schneider, will reunite with the highly regarded 20-year-old righty to form the first pair in Hartford.

The Blueshirts, who have 25 players remaining in training camp, must make two cuts before turning in their opening 23-man roster by 5:00 pm on Monday. At this point, Hajek and young center Morgan Barron are most at risk, with Dryden Hunt perhaps in jeopardy if management decides to keep Hajek, at least temporarily, as the eighth defenseman.

The Rangers would be able to postpone their decision on one player for a spell if Ryan Reaves is forced to go on injured reserve as a result of the left leg injury he sustained on Wednesday while clicking skates in the corner with P.K. Subban. There was no update on Thursday, an off-day for the team.