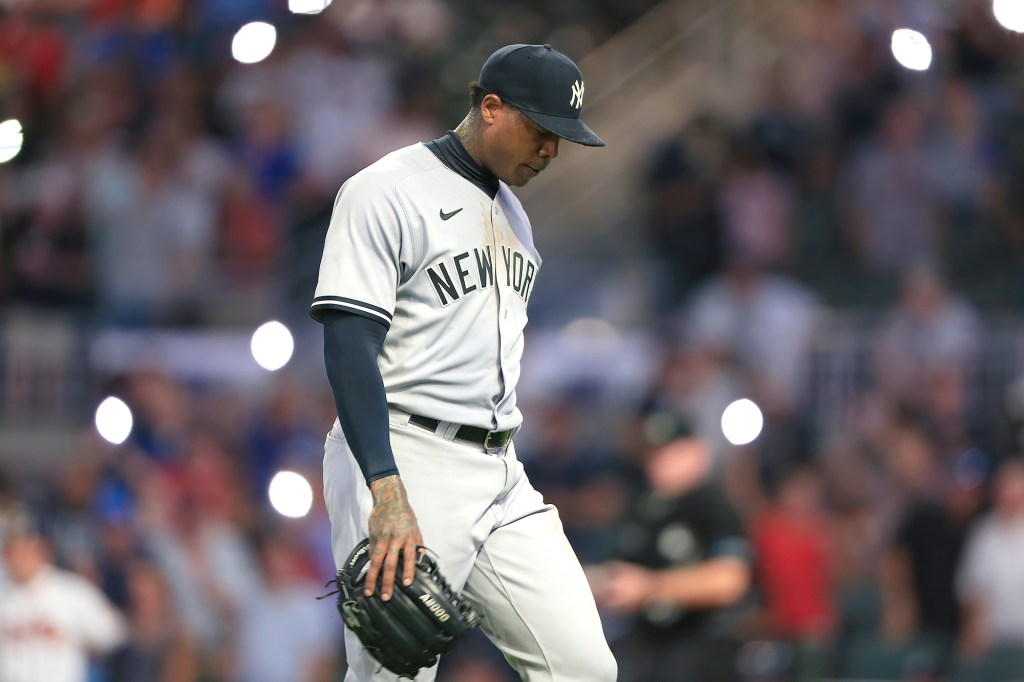 OAKLAND, Calif. — The Yankees have quickly gone from a team needing a huge push to make it to the postseason to one that looks prepared to make a run in October.

But their ninth-inning situation remains unsettled, which figures to present a problem in the playoffs.

With Zack Britton all but announcing he was done for the season with a sprained elbow (more clarity on that is expected early next week), the Yankees are already down one elite reliever late in the season.

After Aroldis Chapman failed to close out a game again, Tuesday in Atlanta, manager Aaron Boone acknowledged the team would have “to figure it out” when it comes to finishing games.

The manager wasn’t ready to make — or at least make public — any decision regarding his closer in the immediate aftermath of yet another tense victory, but Chapman’s status will continue to be a topic for discussion as long as he pitches like he has lately.

His velocity was down again Tuesday and he walked two batters — the same number he retired before getting pulled for Wandy Peralta, who got Freddie Freeman to fly out with the bases loaded to end the Yankees’ 11th straight win.

Even before his recent problems, Chapman would have entered October surrounded by question marks, given that he has allowed crippling homers that helped end both of the Yankees’ past two postseasons — one to Tampa Bay’s Mike Brosseau in last year’s ALDS and the infamous game-winning home run by Houston’s Jose Altuve in the 2019 ALCS.

Chad Green hasn’t been particularly effective when put in the closer role, with an 8.38 ERA and 1.016 OPS-against in 9 2/3 innings in 12 appearances in the ninth inning this season.

Jonathan Loaisiga might be the best alternative, but has just five saves this year — and in his career.

Clearly, Chapman will have to at least approach his old form.

Chapman spent time on the injured list this month with left elbow inflammation. His walk rate is the worst since his second season in the majors and he has the worst WHIP of his career, but he is still capable of dominance.

In the meantime, Boone said the Yankees would have an “all hands on deck” approach.

In five games since returning from the COVID-19 IL, Anthony Rizzo enters Thursday just 1-for-18 with three RBIs and five strikeouts. The Yankees’ other top acquisition at the trade deadline, Joey Gallo, continues to struggle with his new team, going just 1-for-22 with a double, six walks and 14 strikeouts in his last seven games.