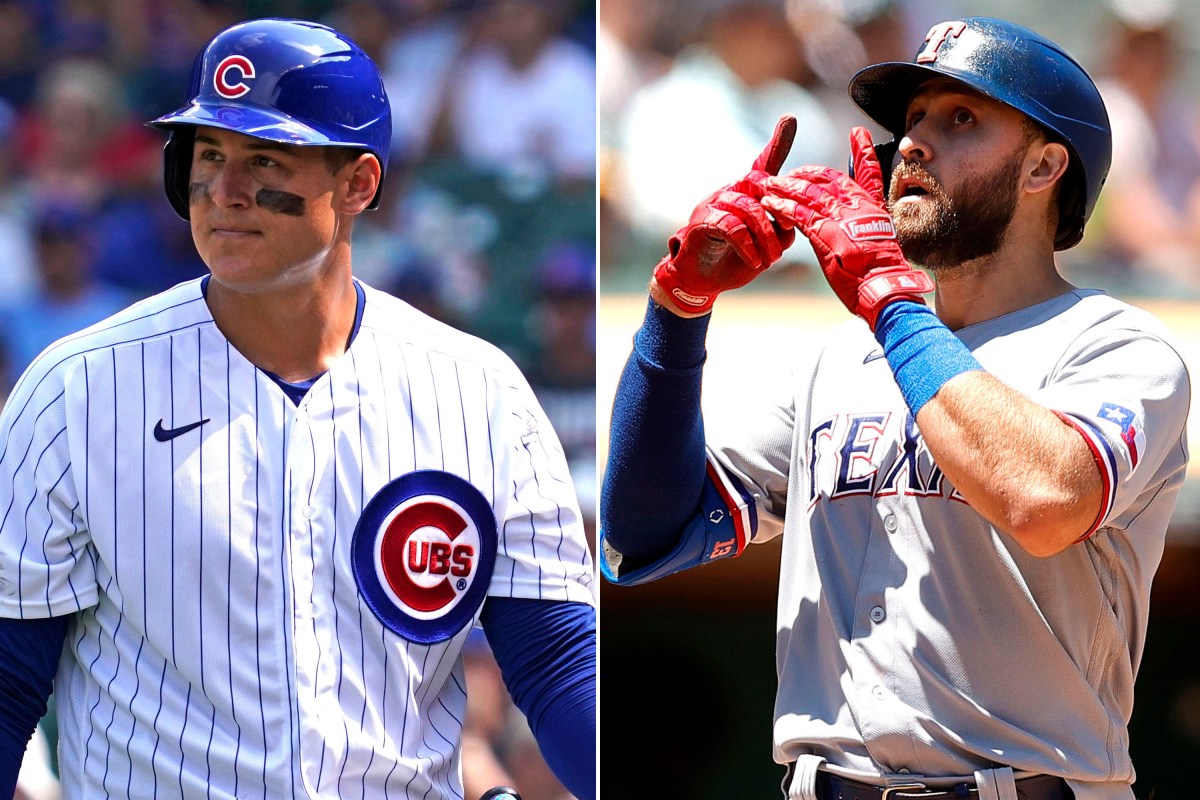 You might or might not know that the Yankees haven’t won a World Series under a Republican president since Dwight Eisenhower in 1958.

You definitely know that, as they try to end their championship drought during Joe Biden’s first year in office, they have decided this week, with Friday’s trade deadline approaching, to move decidedly to the left.

It feels right, if imperfect.

With Joey Gallo set to join the Yankees’ lineup Friday night, thanks to a trade with the Rangers announced Thursday, Anthony Rizzo won’t be far behind. The longtime Cubs first baseman, an impending free agent, will be joining the Yankees, The Post’s Joel Sherman confirmed after the YES Network’s Jack Curry first reported of the imminent transaction, with the Yankees sending minor leaguers Kevin Alcantara and Alexander Vizcaino to Chicago and the Cubs paying the rest of Rizzo’s 2021 salary, which amounts to about $5.5 million.

“Everyone obviously talks all the time about us and how right-handed we can be,” Aaron Boone said Thursday morning, before the Yankees suffered a 14-0 beatdown by the Rays at Tropicana Field. “Obviously to be doing what we’ve done here for the last month or two has given us a little bit of balance, a little dynamic, bringing the guys up that we brought up. … So we’ve been a little more balanced of late.”

True, Greg Allen has provided a burst of energy, and Rougned Odor’s surge has helped the team. Now, however, both of these guys’ importance will be rightfully reduced, with Gallo set to take over as the everyday left fielder and Rizzo doing the same at first base, Luke Voit’s future very much in doubt.

While Gallo’s “three true outcomes” profile veers disturbingly similar to current Yankees like Giancarlo Stanton (who struck out three more times Thursday, yeesh) and Gary Sanchez, the 31-year-old Rizzo’s hitting approach produces many more outcomes. His 59 strikeouts in 376 plate appearances for 2021, 15.7 percent, places him among the least whiff-y hitters of his time. His 2016 Cubs ring reflects his bona fides and indicates fans need not worry whether he’ll be consumed by the pressure that fundamentally envelops the Yankees.

To curb just a tad of that enthusiasm, Rizzo hasn’t quite dominated either this season or last, his 116 OPS-plus this year an upgrade from last year’s 105, and an additional note of interest is that Rizzo actually has hit lefty pitchers (.333/.416/.552) better than righties (.216/.320/.407) in 2021. The opposite is the case for his career, though, and the truth is that the Yankees could use help against pitchers of all persuasions.

“Part of the reason why I’m here is, Hal [Steinbrenner] always goes for it and so does Brian [Cashman],” Gerrit Cole said Thursday, shortly after getting drubbed for eight runs. “That’s why I really feel fortunate to be in a spot where the club’s going to make a fantastic move like that and continue to push chips in.”

It would be more impressive if the Yankees weren’t so determined to stay under the $210 million luxury-tax threshold; how ironic that they’re still looking for bullpen help after shipping Luis Cessa to Cincinnati. Nevertheless, having won five of their last six series, within sight of at least the second American League wild card, the Yankees have reassured their remaining players and their fan base that they won’t go down quietly. That they won’t die on the hill that hitting handedness is overrated.

If they’re still a long shot to greet Biden at a White House celebration early next season, the Yankees should be less frustrating to watch over these next few months. They didn’t allow themselves to be left out of the trade-deadline festivities. Now all they need is for Gallo and Rizzo to reward their faith.