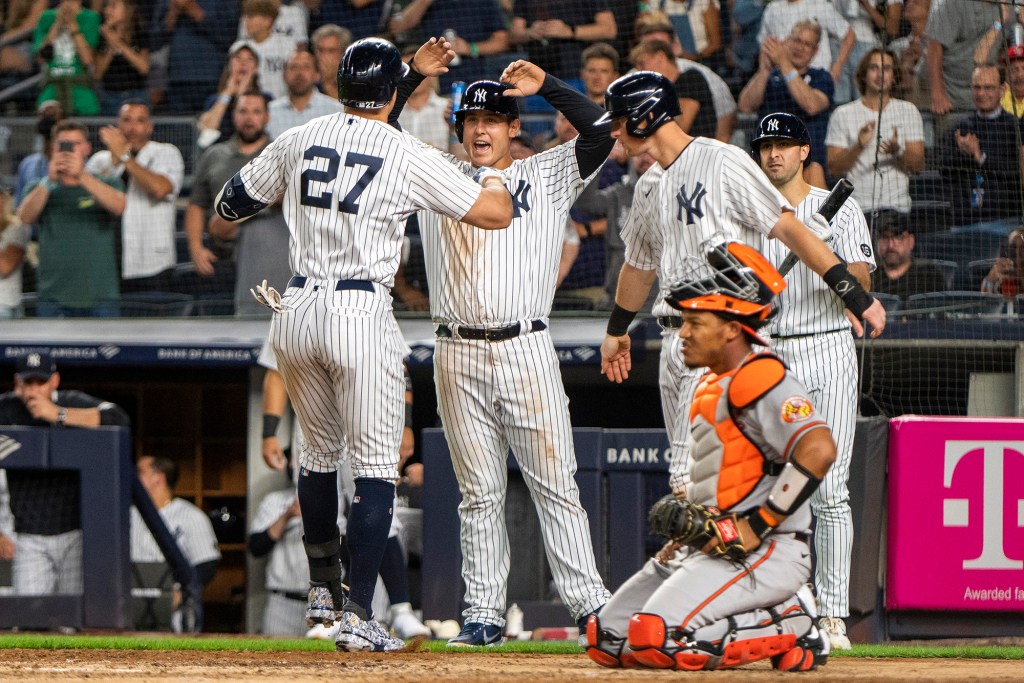 No one has more influenced how I view a major league game than Buck Showalter. He was either a coach (1990-91) or the manager (1992-95) in six of the seven years that I was a Yankees beat writer, a period in which I felt enrolled in his Ph.D. baseball program.

Showalter could talk in circles with the best, but — especially in private moments — if you veered into the nitty gritty, he would break down a game to the finest points and so often see details that others didn’t. And one view Showalter would repeat was how hard it was to win a single game. How many items needed to go right, how much execution was needed pitch after pitch, play after play. Just to win that one game.

He scoffed at anyone who would suggest in a 162-game season that one team had no chance. This wasn’t Oklahoma versus Kansas State in college football in the 1980s. The best major league teams were going to lose 60-ish times in a long season spread against opponents of all ilks.

I have carried this as a mantra for three decades, central to my baseball education. So — close your eyes, Buck — there is a zag coming:

The Yankees must sweep the Orioles this weekend — then do it again in Baltimore next week. They have to throw up a 6-0 against the Orioles to rekindle any long-shot AL East title chances, but — more pertinent to their reality — to begin to create separation for the top Wild Card spot and assure a) playing the one-game wild card in The Bronx and b) having Gerrit Cole comfortably rested to pitch in sudden death.

When the Yankees were winning 13 straight last month, they were gaining no ground toward the AL East lead essentially because the Rays were facing the Orioles. From Aug. 16-29, those teams played seven times. Tampa Bay went 7-0 and outscored Baltimore 56-22 (roughly a final score average of 8-3).

The Yanks must hold serve. The Yankees’ deficit to the Rays is expressed nearly in total by Tampa Bay going 18-1 against Baltimore and the Yanks being 8-5. That needs to be 14-5 on Sept. 16.

But you know those three Baltimore victories just cited — the two versus the Angels and one versus the Blue Jays? Those are the Orioles’ only three wins in a month. Baltimore beat the Yankees 7-1 on Aug. 2, then lost the next two games by a combined 23-4. Those routs initiated a period in which the Orioles are 3-24 and have been doubled up in scoring, 206-103.

What is stunning is the Orioles’ post-trade deadline humiliation is not reflective of a sell-off. The second worst record since Aug. 2 belongs to the Nationals, who traded one-third of their roster, including Max Scherzer and Trea Turner. The Orioles traded Freddy Galvis and sold Shawn Armstrong. Their plummet is just about tanking on steroids. They do not have enough good players and the long season has exposed that, especially on the pitching side.

It is incumbent that the Yankee lineup exploit this. Gleyber Torres is scheduled to return from the IL on Friday. He needs to find some of 2019 when he brutalized the Orioles with 13 homers in 18 games and a 1.520 OPS. Gary Sanchez, who hit 10 homers versus the 2019 Orioles, has one homer since July 23 and a .191 average. Joey Gallo’s .139 average since joining the Yankee lineup July 30 is 31 points less than any other player with at least 100 plate appearances. Time to wake up and join the Aaron Judge/Giancarlo Stanton party.

Just some quick math here. If the Yanks go 6-0 versus Baltimore, they could go 12-11 in the rest of their games and still reach 95 wins, which, at minimum, should give them the home wild-card game. It also would probably lessen the impact of the nine-game gauntlet to end the year — six at Boston and Toronto, three at Tampa Bay — and the need to overuse Cole.

So while it is hard to win any major league game, much less sweep a series, definitely sweep two series, the Yankees have to Buck that theory.