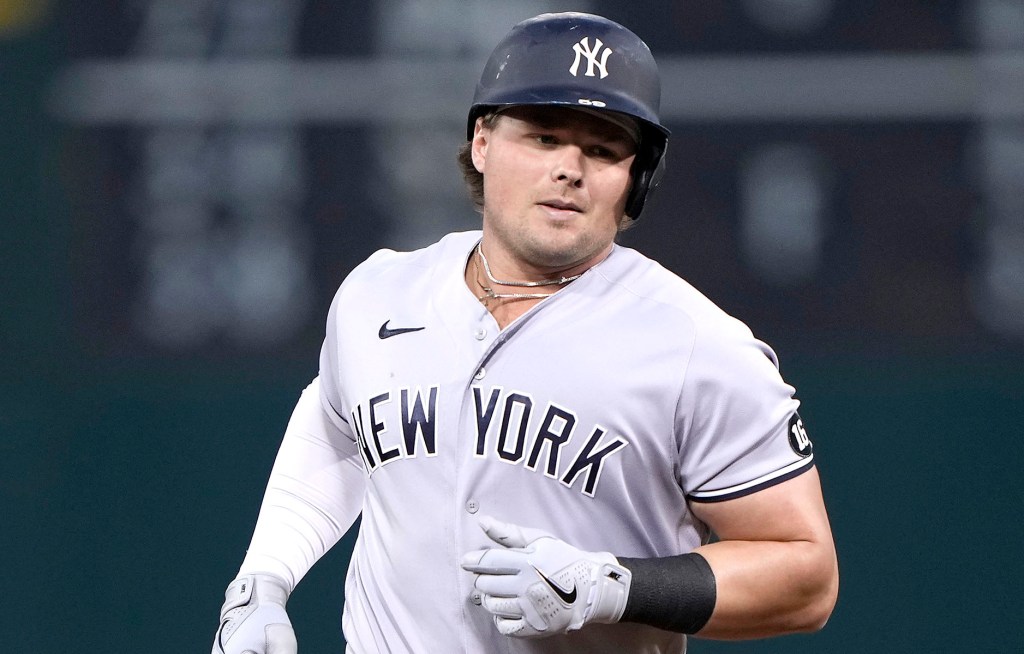 
ANAHEIM, Calif. — The Yankees insisted they had a plan for Luke Voit once Anthony Rizzo came off the COVID-19 injured list and Voit would no longer serve as the everyday first baseman.

Whatever the plan is, it’s not working, as Voit has been unproductive over his past eight games since Rizzo’s return.

Entering Wednesday’s series finale against the Angels, Voit was just 2-for-17 with a homer, one RBI, two walks and eight strikeouts.

During that stretch, Voit was only in the starting lineup three times.

And it comes after Voit went on a tear while getting regular playing time.

In his seven games leading up to his reduced role, Voit was 13-for-26, with seven runs, three doubles, three homers, 13 RBIs, a walk and five strikeouts.

Not coincidentally, the Yankees went 7-0 in those games.

Voit made plain his desire to stay in the lineup prior to Rizzo’s return, saying, “I deserve to play just as much as [Rizzo] does.”

The often outspoken Voit later partially walked back those comments, but his plea to manager Aaron Boone to “find me some consistent at-bats” hasn’t come to fruition.

He served as a pinch hitter in three straight games early on the road trip and again on Monday and Tuesday in Anaheim. He’s 0-for-3 with a pair of walks and two strikeouts in those appearances.

That contrasts to his 15-for-37 in his past 10 games in the starting lineup.

Voit also had 12 RBIs in his past eight starts, 14 in his last 10 and 18 over his last 15 starts heading into Wednesday.

Boone said he remains confident Voit is in a good place and hasn’t been impacted by the reduced role, noting that he’s at least gotten a plate appearance in seven straight games.

“I like where he’s been and his preparation,’’ Boone said before Wednesday’s game, when Voit started at DH. “I think he’s handled it well. His at-bats have been regular enough. I expect him to be a big contributor this final month.”

It’s hard to argue that with Voit healthy — now that his left knee finally seems OK — the Yankees’ best lineup has Voit as the DH, with Rizzo at first and with Aaron Judge in center and Joey Gallo and Giancarlo Stanton in the corners.

But the Yankees have gone with the lefty-swinging Brett Gardner for a superior defensive lineup and Gardner has chased down several fly balls in the gap and been serviceable at the plate.

Still, it’s hard to argue the offense likely would have been more productive with Voit — who won AL Player of the Week thanks to his performance when Rizzo was out — in the middle of it.

And as Rizzo has slumped for much of his time since coming back from COVID and Gallo has been dreadful as a Yankee, they could still use Voit — even with a deeper lineup.

After three different stints on the IL this season — sidelined by left knee meniscus surgery, left knee inflammation and a hamstring injury, the Yankees are finally getting the production out of Voit they saw last year, when he led the majors with 22 homers.

Giants roster in flux with cuts, signings after cut-down deadline