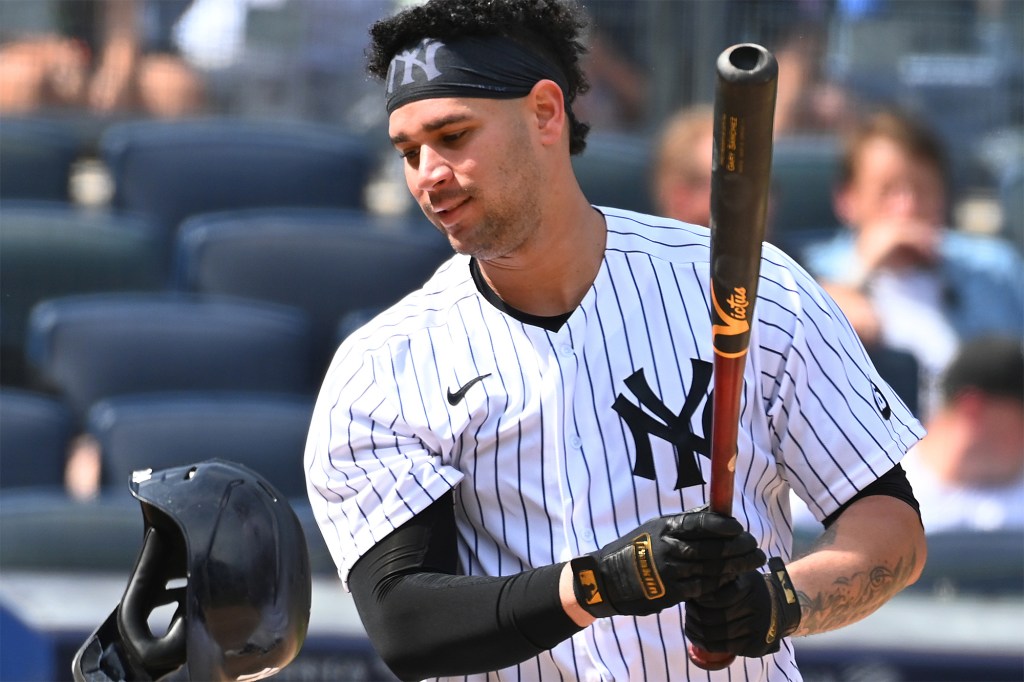 
ANAHEIM, Calif. — As the Yankees approach the final month of the season, they’re still asking themselves the same question they’ve had for years: What can they expect to get from Gary Sanchez?

The catcher is once again in the midst of a wildly streaky season, which has seen him go from All-Star consideration to afterthought and he entered Monday in a bit of a power drought.

The lack of homers from Sanchez hasn’t hurt the Yankees much thanks to the consistent production from Aaron Judge, as well as solid output from Giancarlo Stanton and — more recently — Luke Voit.

But Sanchez entered Monday’s game against the Angels without a homer in 19 straight games, dating back to July 21.

During that span, Sanchez had 72 plate appearances, going just 13-for-65 with three doubles, a triple, five RBIs and seven walks, while having struck out 21 times.

Back then, Sanchez had overcome a slow start and benching to regain his form and take his job back from Kyle Higashioka.

And even when Sanchez didn’t keep up that kind of production, he remained a threat.

Right around the All-Star break, Sanchez looked like his old self, hitting three homers in five games.

But after the stretch, the 28-year-old has struggled at the plate — although the Yankees have credited Sanchez’s work behind the plate in the improvement of their pitching staff.

Sanchez’s strength, though, is being a force in the lineup and after seemingly putting some of his dreadful 2020 behind him, Sanchez hasn’t capitalized on his strong first half — or being in the middle of a batting order that is flush with talent, from Judge and Stanton, to Anthony Rizzo and Joey Gallo — who have both failed to live up to expectations since joining the Yankees, but still add length to the lineup.

“This is who he is,’’ one AL scout said. “He’ll be locked in, lose it and then get locked in again. You just don’t know when he’ll get going.”

His home run percentage of 4.8 percent is tied for the lowest of his career, matching the number he put up in his disastrous 2018, when Sanchez first showed he might not be the dominant force the Yankees had hoped he would be following his historic 2016 MLB debut and All-Star showing the following season.

This time around, there could be other factors.

Recently, Sanchez has said more than once that he hasn’t fully recuperated from his bout with COVID-19 that sidelined him earlier this month.

Rizzo has also been ineffective offensively since his return from COVID, although he said over the weekend in Oakland that he felt OK.

The aftereffects from COVID are impossible to quantify and Sanchez has looked healthy on defense.

And even before getting COVID, Sanchez was prone to lengthy slumps.

The Yankees, who considered trading Sanchez — or even designating him for assignment — last offseason, will no doubt have another decision to make later this year.

In the meantime, they’re hoping Sanchez can get back into one of the grooves he found himself in earlier this year to take some pressure off their other sluggers.

Their offense never looked better than during the latter part of the just-concluded 13-game winning streak, when they homered in eight consecutive games and scored at least five runs during that same eight-game span.