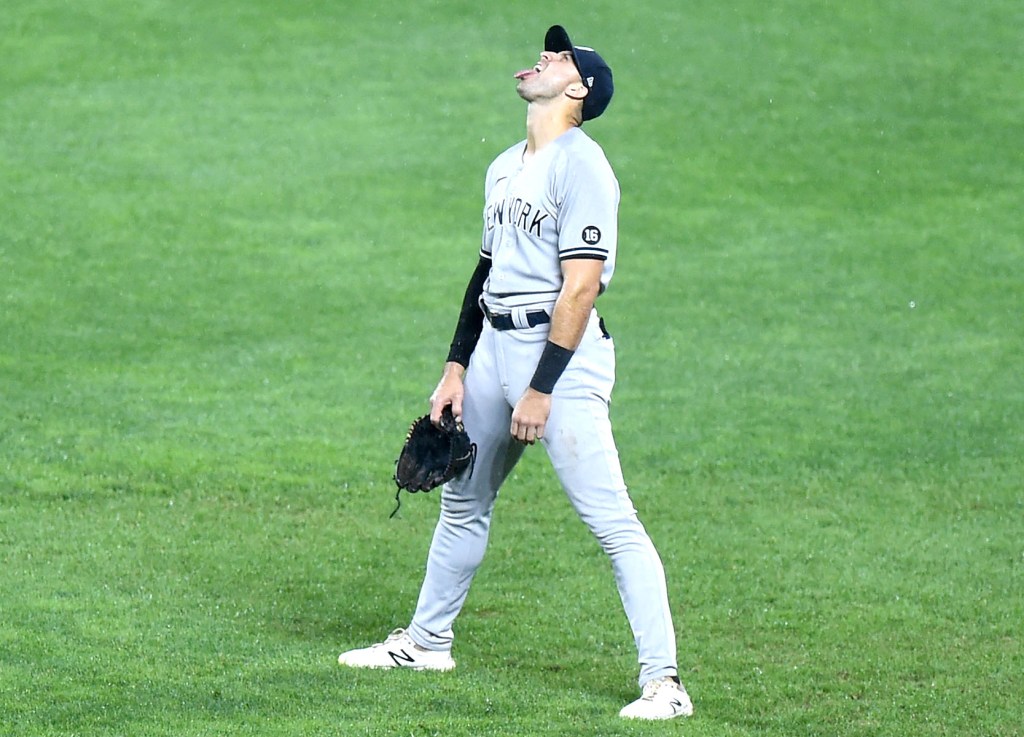 
There was no doubt in Joey Gallo’s mind that he had hit a grand slam in the fifth inning Thursday night, only to see his fly ball land in the glove of Orioles center fielder Cedric Mullins on the warning track.

The insurance runs that would have come from Gallo’s blast turned out to be sorely needed as the Yankees ultimately suffered a crushing 3-2, 10-inning loss to the Orioles at Camden Yards.

“I didn’t even think about that ball being caught, so that was kind of heartbreaking to see it get caught,” said Gallo, who crushed a solo homer in the second inning. “The wind was maybe a little bit of a factor there, just because of the stormy weather and raining a lot. There was wind swirling out in the beginning, then blowing in. I just hit it at the wrong time, unfortunately. Just bad, bad luck right there.”

The Yankees had a 2-0 lead at the time, and even without a grand slam from Gallo, they led 2-1 in the ninth and were one strike away from getting out of Baltimore with a sweep.

Instead, after Clay Holmes’ wild pitch allowed the tying run to score from third in the ninth and the Orioles won it in the 10th, the Yankees were left lamenting their inability to get more going offensively. They finished 1-for-7 with runners in scoring position and left 10 men on base.

After the Yankees scored two runs in the second inning on Gallo’s homer and an RBI double from Gio Urshela, Orioles pitchers recorded eight straight innings without allowing a run for the first time since Aug. 27-28, according to YES Network.

That included 5 ¹/₃ shutout innings from a bullpen that entered the day with the highest ERA (5.71) in the big leagues.

“It’s kind of a tough day to hit. It rained a lot, a little bit muddy and whatnot,” Gallo said. “So it’s just kind of one of those days you know you’re going to have to grind through. But credit to their pitching, they threw well and got us out in big situations.”

It also marked the latest downturn for an inconsistent Yankees offense.

“Not frustrating,” Gallo said, “but it’s something we should be better at and we can be better at.”

Daniel Jones stepped up, but the Giants didn’t