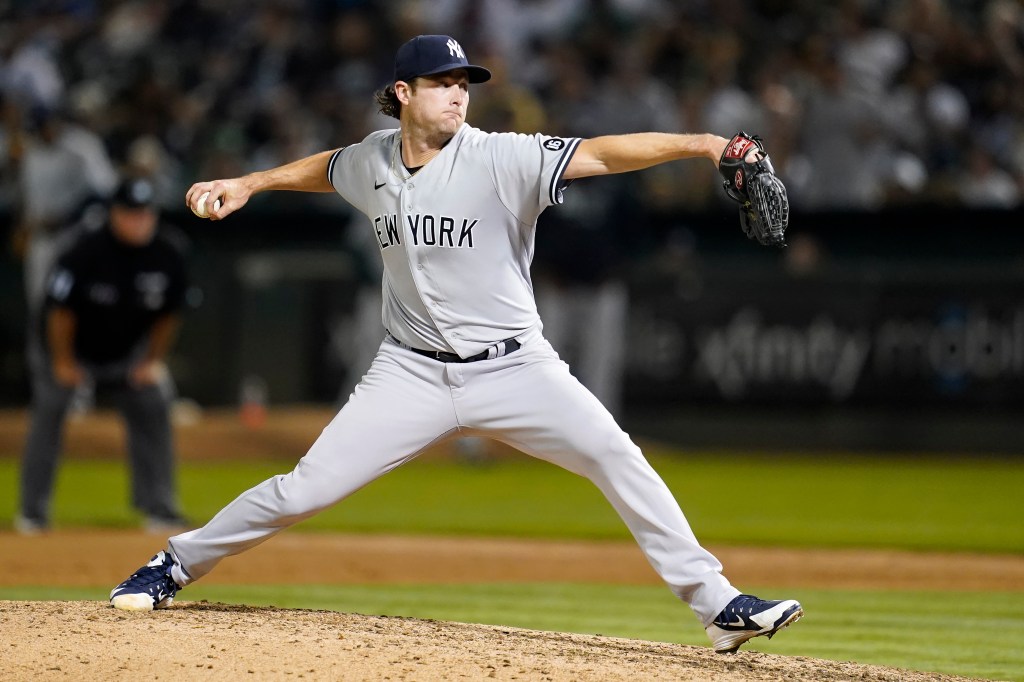 
Gerrit Cole won’t pitch in the Subway Series, but the bullpen session he’s scheduled to throw at Citi Field on Saturday will go a long way toward determining when the right-hander is able to take the mound again after he left his last start with hamstring tightness.

If Saturday goes well, Cole figures to start either Monday against the Twins or Tuesday at Baltimore.

He insisted he’s not too alarmed by the injury, adding it’s something he has experienced previously and knows how to deal with.

“There’s no season I’ve pitched and not had to go through it,’’ Cole said prior to the Yankees-Mets game on Friday. “I haven’t had anything to make me apprehensive to move.”

Because the Yankees suddenly find themselves with no margin for error, Cole said he was especially cautious with the injury because he wants to be available for the final weeks of the regular season.

“That was the thought of why I wanted to make sure I feel [good] now and why I made the move,’’ Cole said. “The stretch run is at the forefront of everyone’s minds.”

With no DH at Citi Field, Giancarlo Stanton wasn’t in Friday’s lineup, as Boone opted to play him on defense in just two of the three games.

“It made sense personnel-wise [to play him] Saturday and Sunday,’’ Boone said of using Stanton, who has fared well in the outfield this season.

It also kept Luke Voit on the bench, with Anthony Rizzo at first base.

“Especially now, as we’re much more whole and healthy, I hate not having the DH, but that’s part of it,’’ the manager said. “We’ve got two big bats to fire over there [on the bench].”

Gleyber Torres remained in the lineup at shortstop for a second straight game after sitting for two games following poor games in the field.

“We’ve talked about it a lot,’’ Boone said of conversations he’s had with Torres about his play. “He understands how important he is to this team and him playing the way he’s capable of is important.”