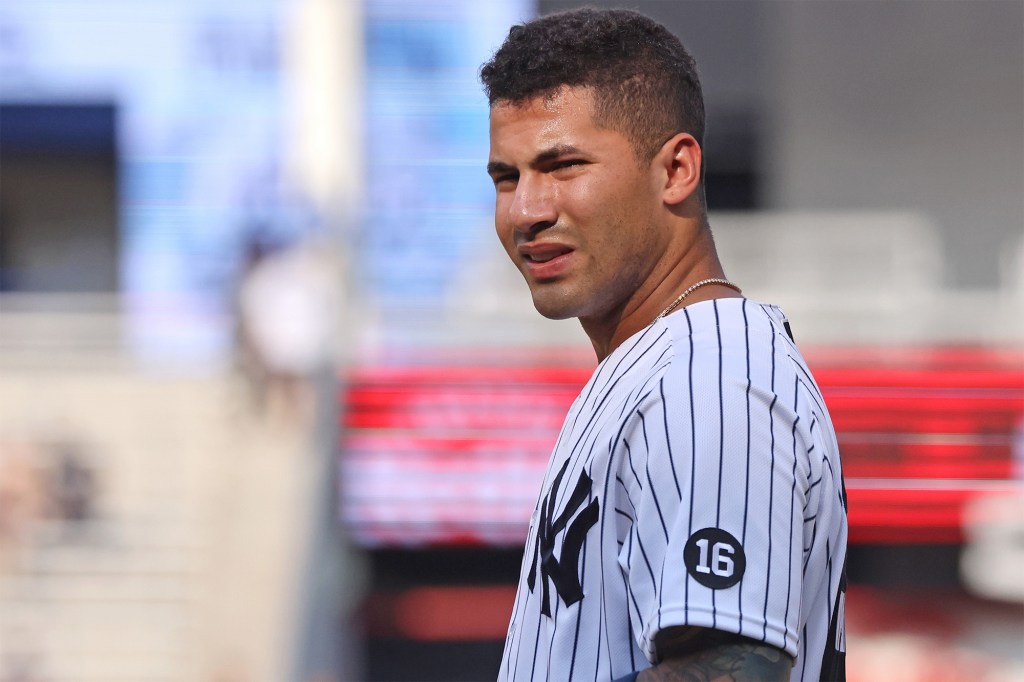 
Injuries, underperformance and a position change have all contributed to a forgettable season for Gleyber Torres.

Now so has his lack of hustle.

Torres, who on Monday was moved to second base from shortstop due to his defensive struggles, was pulled in the eighth inning of the Yankees’ win over the Orioles Tuesday night.

On Wednesday, manager Aaron Boone said it wasn’t only about his defense, though Torres did commit an error on what should’ve been a double play. Torres also failed to run out a ground ball, and Boone later spoke to him about the play that admittedly irked him.

“I talked to him after the game last night and we’ll kind of leave it at that,” Boone said of Torres, who was back in the lineup Wednesday. “It’s not something that I’m planning on doing necessarily. There were things that came up in the last game night, that I felt it was necessary to get him out of there last night.”

When asked if it bothered him that Torres didn’t bust it down the line after grounding out, Boone said: “A little bit, yeah.” Tuesday night, Boone said he took out Torres because of a “number of things.”

When Boone made the move to switch his positions, Torres took it in stride and dismissed the notion that pressure has negatively affected him.

“Players always feel pressure,” Torres said. “We play for the Yankees … for sure I want to do something more for my team. Like I said, I just want to be confident at second and try to do my thing and try to help my team in a different position and try to be more confident.”