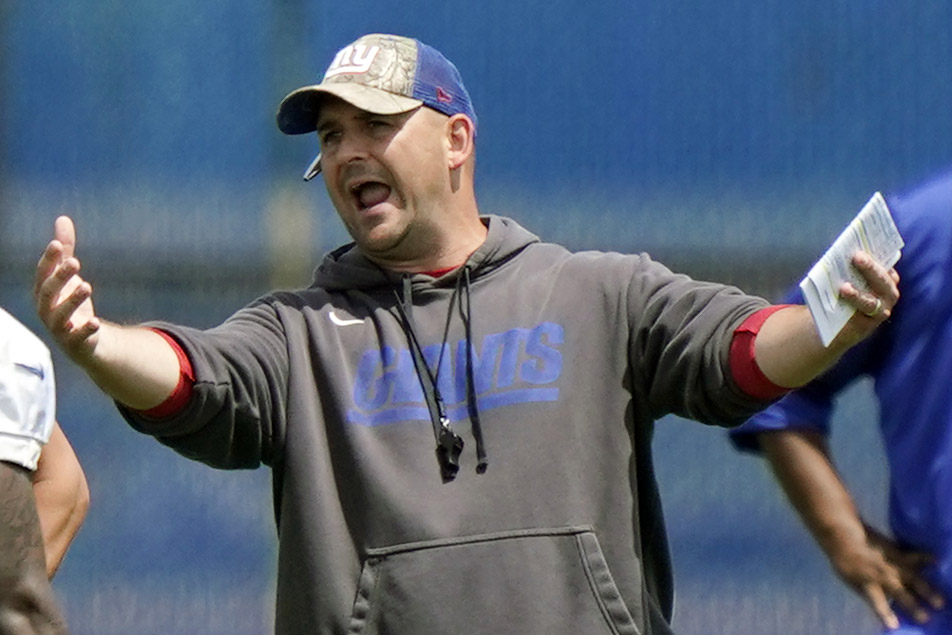 The first day of pads at Giants training camp exploded into a fight Tuesday that drew almost the entire 91-man roster into a scrum and prompted an enraged Joe Judge to lay into his team with an expletive-laden tirade.

It started with an unexpected hit on running back Corey Clement and escalated when tight end Evan Engram shoved safety Jabrill Peppers. Cornerback Logan Ryan came flying in to push Engram in the back, which upped the intensity to the nth degree.

Daniel Jones was pulled from the bottom of the pile — a potentially season-altering place for a quarterback to be.

Judge had the entire team run sideline to sideline and do push-ups twice as punishment.

“There are consequences for that kind of stuff in a game,” Jones said. “That was the message.”

Of joining the fight, the quarterback said “I’m a part of the team, part of the offense, and I don’t see myself any different.”

Asked what he and Engram were going to say to patch things up in the locker room, Ryan quipped they would get lunch together.

“We’ll pay our dues,” Ryan said. ‘Me and Evan are locker buddies, so we’ll be fine.’