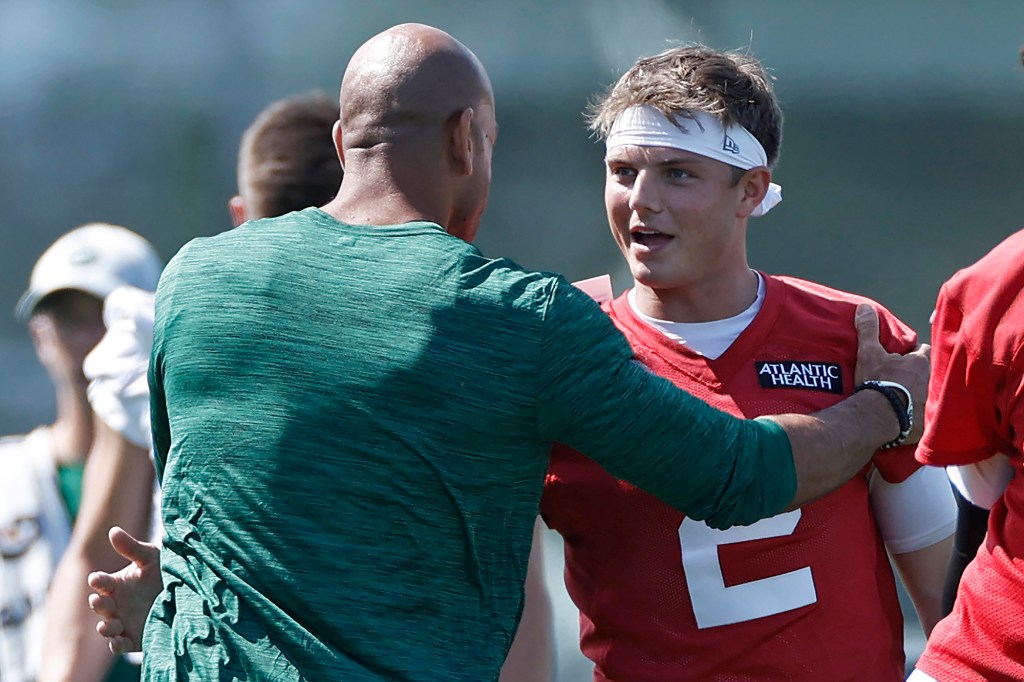 No cheering in the press box.

This is the cardinal rule of sports journalism. Just about every media member who covers games for a living grew up as a fan, and yet those allegiances are supposed to be checked at the stadium door. You are not allowed to root for teams, or for individual athletes, and there is only one exception to the rule:

You are allowed to root for the best available story.

The New York Jets winning a Super Bowl in the not-too-distant future is my best available story.

I was not raised as a Jets fan, or a Joe Namath fan, and I was too young (4 years old) to recall anything meaningful about the titanic upset of the Baltimore Colts in Super Bowl III. Soon enough, when I was old enough to figure out what I wanted out of a team and a quarterback, I fell hard for the Dallas Cowboys and Roger Staubach.

But as much as I loved Staubach and prayed every Sunday for the Cowboys in Vince Lombardi’s old New Jersey church — St. Cecilia’s — I never rooted for Dallas to win any game I covered as a sportswriter.

The Cowboys were never lovable underdogs. Even when they were losing football games, they were the ultimate overdogs. That’s what happens when NFL Films mythologizes you, when people call you “America’s Team,” when you win five Super Bowls (only the Steelers and Patriots have won more, with six), and when a big spender with a big mouth, Jerry Jones, is your owner.

The Jets are an entirely different deal. They haven’t even reached the Super Bowl since January 1969. Theirs is a hangdog franchise with an inferiority complex in a Giants market, and in a building, MetLife, that still feels more like Giants Stadium than Jets Stadium.

And that’s why it’s a good time for a sports columnist to pull for them. The Jets winning it all sometime in the next three-to-five years would be a hell of a story. The image of Namath, in his 80s, standing on the sideline in a fur coat and watching his team win the big game would break the internet in half.

But first things first. At 57, I seem to recall the Jets starting over about 43 times in my half century of watching pro football. This year, they are starting over with two rookies — Robert Saleh and Zach Wilson — who come across as the real deal.

So many positive things have been said and written about Saleh and Wilson, it’s easy to forget the Jets were 2-14 last year, their 10th consecutive season out of the playoffs. They hired Saleh because Adam Gase was an abject failure, and they drafted Wilson because they were awful enough to earn the No. 2-overall draft pick, but not quite awful enough to earn the right to select Trevor Lawrence at No. 1.

In other words, this is still a bad roster in dire need of an overhaul. Wilson’s ability to escape and make plays on the move might cover some flaws, and Saleh’s ability to motivate might cover a few others. But this remains a 5-12 type of team that is likely to put its beaten-down fan base through a little more misery before emerging as a legitimate contender.

And all that makes the Jets a compelling story. The other eight major professional teams in the market — the Giants, Yankees, Mets, Rangers, Islanders, Devils, Nets (ABA) and Knicks — have won championships since the Jets won the Super Bowl. Yes, even the Knicks.

So there’s a heavy burden on Wilson’s shoulder pads. The other day I asked his former BYU coach, Kalani Sitake, about everything that goes with being “the one” chosen to end the Jets’ biblical drought.

“When you ask about the expectations everyone has for him there as Jets fans and the New York media,” Sitake said, “those expectations aren’t close to what he expects of himself.”

Good answer. Wilson will need thick skin and a short memory while enduring the tough times if he is to ultimately write a happy New York ending for himself, and for a fan base that deserves one.

I certainly won’t be violating any press box rules on the road there. But before I hang up my credential, I would like to witness, and write about, the Jets winning a Super Bowl, simply because it’s OK in my profession to root for the best available story on the board.