Why Dak Prescott’s return was surreal for girlfriend Natalie Buffett 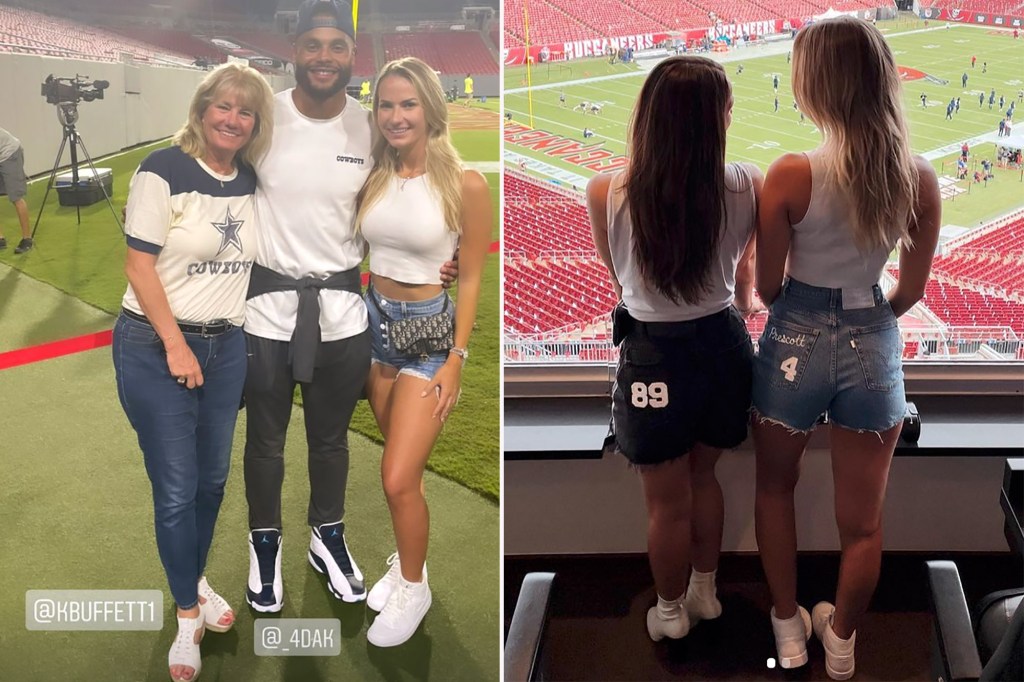 The influencer attended her boyfriend’s Cowboys season opener against the Bucs in Tampa, Fla. on Thursday, and explained the significance of being at Raymond James Stadium.

“Grew up in this stadium wearing my [Mike] Alstott jersey to every game. Only to move out of my home state and come back to cheer on my own boyfriend in the same stadium surrounded by my family. God is good,” the Florida native wrote over an aerial photo overlooking the Bucs home field.

Buffett attended the game with friends and her mother Karin. She shared a photo with her mother and Prescott to her Instagram Story with the caption, “Your biggest fans.”

The model also uploaded a boomerang video of a gal pal inside what looked like a private jet, filled with Cowboys gear.

Prescott and Buffett have been dating since at least July 2020, according to her Instagram account. The couple is fairly private about their romance, and he has not shared any photos with Buffett to his social media accounts.

Buffett was a proud girlfriend despite Dallas’ 31-29 loss to the Bucs in an exhilarating season opener that featured a shootout between Prescott and Tom Brady.

In his return to the regular season — following a severe ankle injury that cut short his 2020 season after just five games — Prescott threw for 403 yards and three touchdowns for the Cowboys.

The sixth-year pro was also recovering from a right shoulder strain early on in training camp.

Could free agent paths not taken lead to regrets for Knicks?