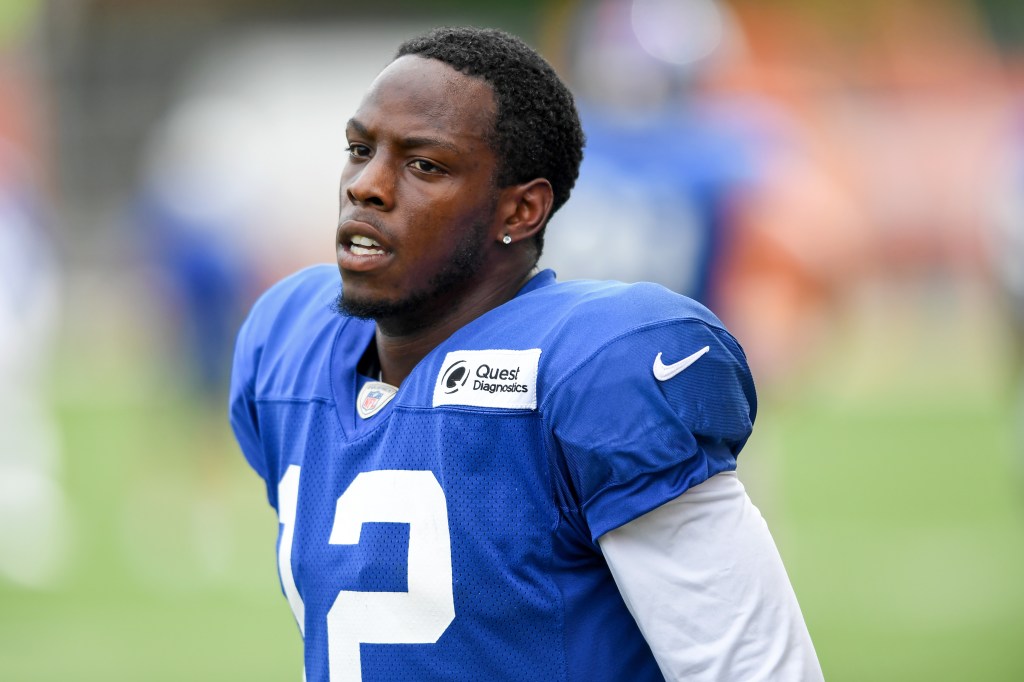 
The day when so many NFL players want to disconnect phone service has arrived.

All teams must cut from 80 to 53 players by 4 p.m. Tuesday. For a player to go on injured reserve without being ineligible to return this season, he must make the initial 53-man roster. A player kept on the Physically Unable to Perform list is out for at least six weeks.

Here are five things to look for when the Giants make their cuts:

Player who could be a surprise cut: WR John Ross and OLB Ifeadi Odenigbo both received $1 million guaranteed on one-year free-agent deals, and both are on the bubble. Odenigbo, a 4-3 defensive end most of his career, doesn’t look like the right fit in a 3-4 scheme, and the blazing-fast Ross has the umpteenth hamstring injury of his career. The Giants are deeper at receiver, so Ross is in more jeopardy.

Player who could be a surprise keep: The trade of DL B.J. Hill all but solidified undrafted rookie Raymond Johnson’s place, so let’s look elsewhere. In an era where fullbacks are dinosaurs, the Giants could keep two. Eli Penny is a roster lock, and Cullen Gillaspia is a core special teams player in the vein of Nate Ebner, though he’ll be in the offensive backfield less than Eber was in the defensive backfield.

Position group facing the biggest decision: The Giants have eight offensive linemen finalized after trading for Billy Price. Do they keep a ninth considering Shane Lemieux (knee) is still injured and the backups are dropping like flies? If so, is it struggling veteran Kenny Wiggins, injured veteran Ted Larsen, longtime practice-squad member Chad Slade or a youngster?

Biggest issue that will have to be addressed after cuts: “You can never have too many corners” is a favorite saying of GM Dave Gettleman. The Giants never have enough, especially if Sam Beal joins other recent short-lived draft picks Corey Ballentine and DeAndre Baker. The Giants traded for CBs Keion Crossan and Josh Jackson in camp but still don’t have a viable No. 2 starter if Adoree’ Jackson (ankle) misses Week 1.

Player who could be worth a waiver claim: TE Tanner Hudson was stuck behind Tampa Bay’s Rob Gronkowski-O.J. Howard-Cameron Brate logjam. He led the Buccaneers in receiving in each of the first two preseason games, after leading the NFL in touchdown catches (three) and yards (245) during the 2019 preseason. The Giants are short with Evan Engram (calf) and Kyle Rudolph (foot) both in jeopardy of missing Week 1.