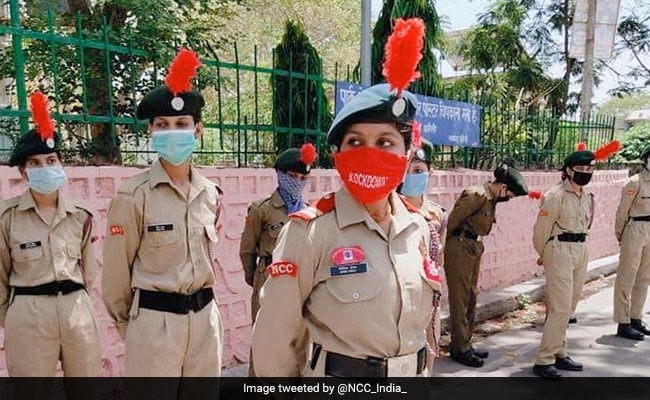 Agnipath Scheme: The Agnipath scheme was announced by the Centre on June 14.

The cadets of the National Cadet Corps (NCC) will get bonus points in the Agnipath scheme, its Director General Lieutenant General Gurbirpal Singh said here on Friday.

Speaking at the convocation ceremony of NCC women officers, he also said this new scheme for recruitment of soldiers into three armed forces would be explained to the NCC cadets by its officers to ensure that youths join the services in large numbers.

General Gurbirpal Singh received the salute of women NCC officers at the NCC Officers’ Training Academy. A total of 112 women from different parts of India turned NCC officers after three months of training at the academy here.

Addressing the women officers, General Gurbirpal Singh said they have an important responsibility of turning young people into ideal citizens, and expressed confidence that they would do it spectacularly.

Talking to reporters later, Lt Gen Singh said, “Women cadets have been in NCC since 1950 and they have done a remarkable work…Recently, Agnipath was launched for recruitment into the army. NCC officers would share more information on it and explain it at length to the cadets.” “NCC cadets with A, B and C certificates will get bonus points in Agnipath,” he said.

Lt Gen Singh said that young people from different parts of India, mostly from rural areas, join the NCC. These young people would serve the military by becoming Agniveers and after completing four years in service will become ideal citizens.

Asked whether there was a plan to make NCC compulsory in schools and colleges, he said a high powered committee has been formed to look into what improvements are needed in the corps and on issues related to compulsory training.

The panel’s report is awaited, he added.

The Agnipath scheme, announced on June 14, provides for the recruitment of youths between the age bracket of 17-and-half years to 21 for only four years with a provision to retain 25 per cent of them for 15 more years. Later the government extended the upper age limit to 23 years for recruitment in 2022.

The personnel to be recruited under the new scheme will be known as ‘Agniveers’.

Violent protests had erupted in several states following the government’s announcement of the scheme, including in Bihar, Uttar Pradesh, Madhya Pradesh, Haryana and Telangana.