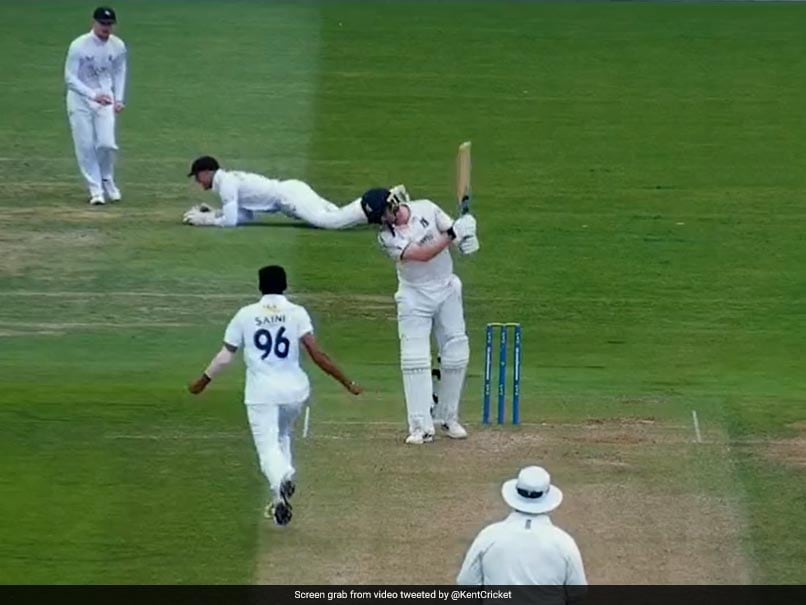 India pacer Navdeep Saini, who has been pushed down the pecking order in terms of national team selection, is enjoying his County Championship debut for Kent as he picked up a 5-wicket haul in the match against Warwickshire at Edgbaston in Birmingham. The right-arm seamer got the wickets of Chris Benjamin, Dan Mousley, Michael Burgess, Henry Brookes and Craig Miles to complete his maiden County five-for as Kent bowled Warwickshire out for 225 in their first innings, after they themselves were skittled out for 165.

Saini had Benjamin caught in the slips cordon, while all his other four wickets were caught-behind, with Sam Billings providing a safe pair of hands behind the stumps.

Saini is not the only Indian who impressed on County debut.

However, he could not impress with the bat as he was trapped LBW for 2 as Lancashire were bowled out cheaply.

Cheteshwar Pujara, meanwhile, continued his dream run for Sussex as he brought up his third double-century of the season from just seven matches. He fell for 231 against Middlesex.

The veteran India batter has scored five centuries in seven matches for Sussex.

Umesh Yadav was bowling for Middlesex in the match, but he failed to get a single wicket.