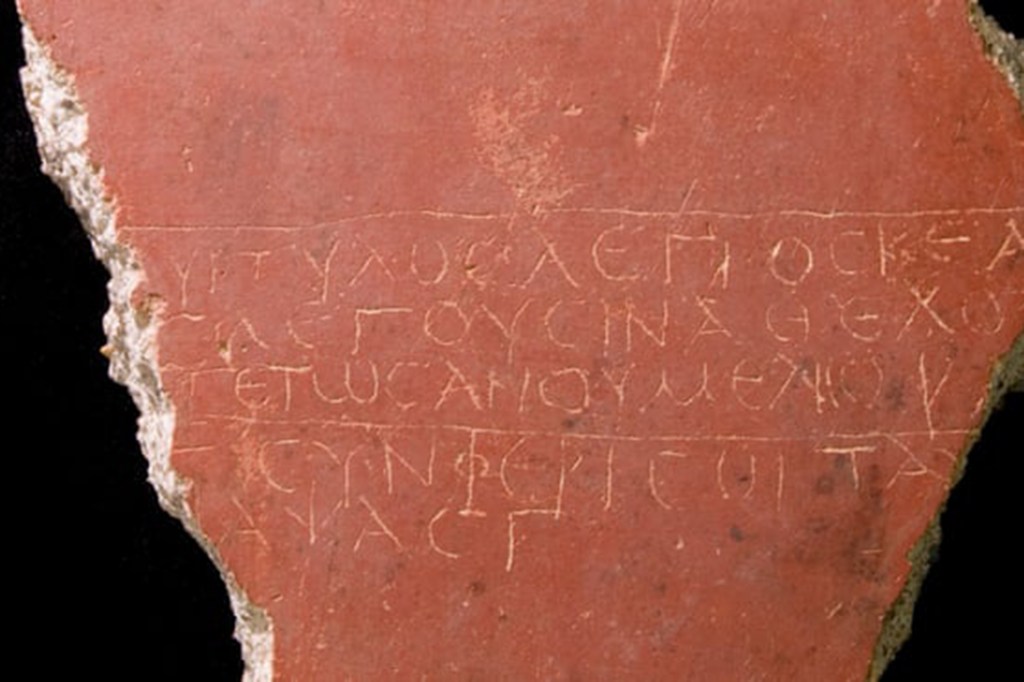 The angsty-artist stereotype may have taken root during the Roman Empire, according to newly identified evidence, which also reveals a potential new ancestor in the evolution of mainstream music.

“They say / What they like / Let them say it / I don’t care,” the newly unveiled lyric goes — written on a slab of concrete that likely went up on a village wall as graffito.

The anonymously written text concludes, “Go on, love me / It does you good,” a verse that was then inscribed elsewhere throughout the domain of the empire during the second century, according to a new study — like a viral meme of the era, suggested Cambridge professor Tim Whitmarsh.

“The closest modern equivalent is probably a quote T-shirt,” said Whitmarsh, who studied the remains of one young woman found in a sarcophagus in today’s Hungary who was buried with a pendant around her neck bearing the inscription.

While sifting through a collection of inscribed artifacts, the researcher noted that this particular text used a meter that appeared to emphasize stressed and unstressed syllables. Previously, “stressed poetry,” that which later gave rise to modern song and poetry, was thought to have arisen around the fifth century. Prior to that, the dominant lyric form was quantitative: counting the number of syllables to each line rather than putting the emphasis on cadence.

“We’ve known for a long time that there was popular poetry in ancient Greek, but a lot of what survives takes a similar form to traditional high poetics. This [new] poem, on the other hand, points to a distinct and thriving culture, primarily oral,” Whitmarsh told the Guardian.

“The diction is very simple, so this was clearly a democratizing form of literature. We’re getting an exciting glimpse of a form of oral pop culture that lay under the surface of classical culture,” he added.

He suggested the verse may be a “missing link” between the arts of the ancient and modern eras.

The most valued forms of poetry at the time, such as the epic of Homer, were based in the oral tradition but difficult to memorize. Eventually, people maybe have needed to develop a lyrical form that didn’t require literacy.

Said Whitmarsh: “At some point, people come in with stressed poetry, which is the equivalent of modern poetry. That’s the form we use all the time [now]. It feels as if it’s universal, but it’s not — it actually occurred in Greek culture at a specific moment.”

“This poem pushes back the earliest appearance of stressed poetry by at least 300 years,” he added.

The sentiment of the “I don’t care” line “also feels preternaturally modern,” said Whitmarsh, who compared it to Sex Pistols lyrics.

“It’s the idea of not caring — this strident assertion of your individuality in a world that’s demanding things of you,” Whitmarsh said.