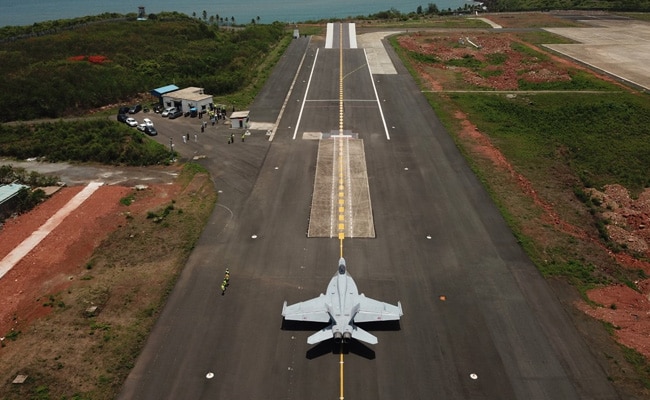 The Indian Navy plans to buy 57 multirole fighter jets for aircraft carrier Vikrant, for which it started the process four years ago. Four aircraft are vying for the deal – French Rafale fighter jets, which has already completed trials in Goa; Russia’s MiG-29K, Sweden’s Gripen and the American Super Hornet, an upgraded and larger version of the legacy F-18 Hornet that served with the US Navy.

Today’s tests of the Super Hornet in Goa followed eight ski-jumps in various weights and configurations during previous tests held at Naval Air Station Patuxent River in US’s Maryland in late 2020, which showed the Super Hornet’s ability to operate from a short take-off but arrested recovery, or STOBAR, aircraft carrier, Boeing said. 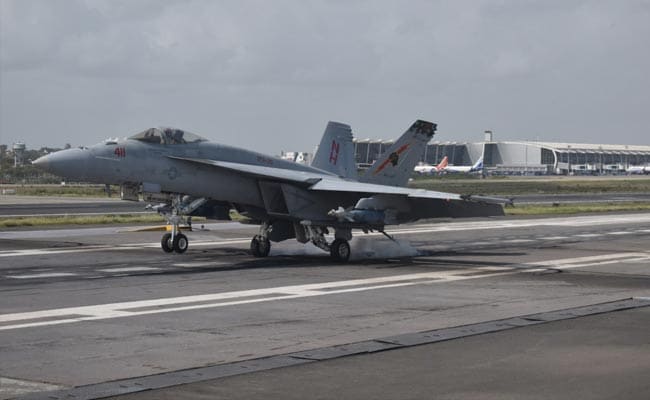 Boeing said the Super Hornet Block III offers opportunities for cooperation and interoperability between the US and Indian navies.

“With the Super Hornet Block III, the Indian Navy would not only get the most advanced platform but would also benefit from tactics, upgrades and knowledge related to the naval aviation ecosystem that the US Navy offers,” Alain Garcia, vice president of Boeing’s India business development, said in the statement.

The F/A-18 Super Hornet has been designed and built for carrier operations, and is fully compliant with INS Vikramaditya and INS Vikrant aircraft carriers, the company said.

Designed as a carrier-based fighter for high-loading and high-stress operations, the F/A-18E/F Super Hornet Block III needs minimal support equipment and has the lowest cost per flight hour to operate with high mission readiness rates, the American defence firm said in the statement.

Boeing also said it has strengthened its supply chain with more than 280 local companies in India and a joint venture to manufacture fuselages for Apache helicopters.

Annual sourcing from India stands at $1 billion and Boeing employs close to 4,000 people in India, and more than 7,000 people work with its supply chain partners, the company said.

Apart from the Apache attack helicopters, first used by the US in 1989 during the invasion of Panama, India also operates the transport helicopter Chinook and cargo plane C-17 Globemaster III. Both the Chinook and the Globemaster have seen extensively deployment with US forces.