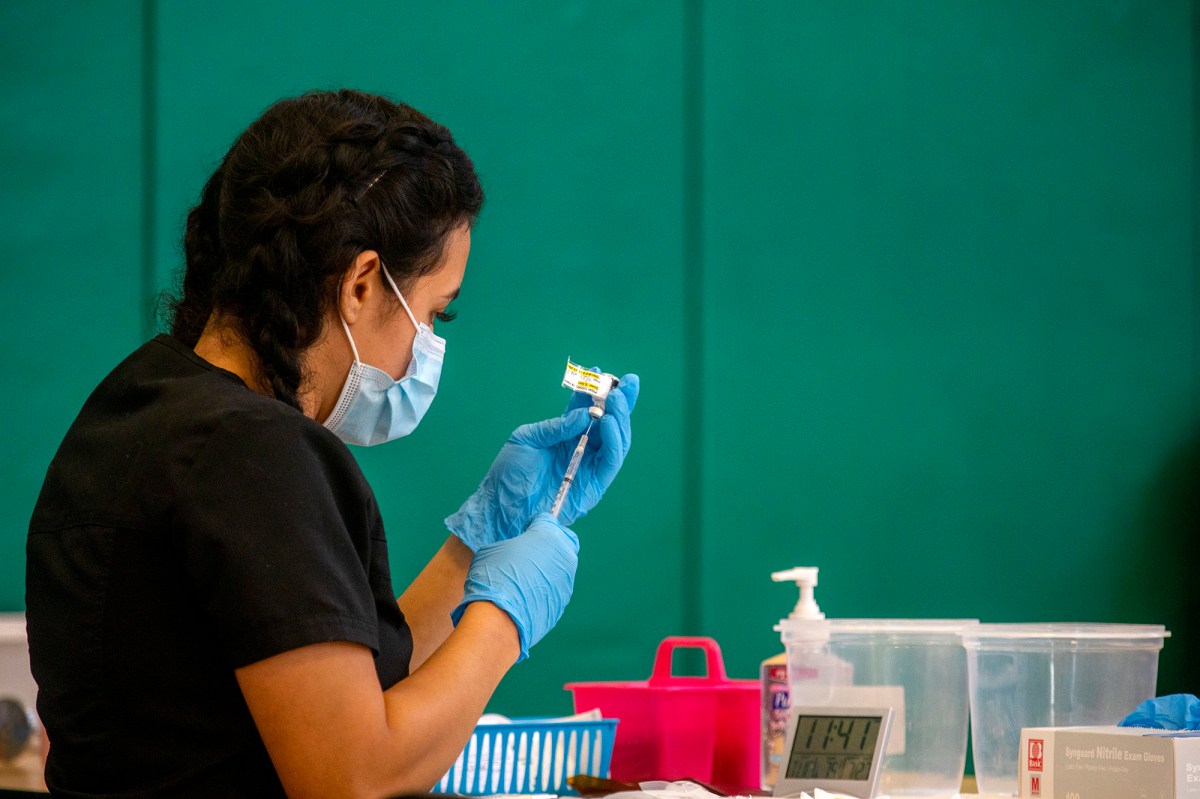 For months, most employers relied on information campaigns, bonuses and other incentives to encourage their workforces to get the COVID-19 shot. Now, a growing number are imposing rules to make it more onerous for employees to refuse, from outright mandates to requiring the unvaccinated to undergo regular testing.

Among employers getting tougher are the federal government, the state governments of California and New York, tech giants Google and Facebook, Walt Disney and the NFL. Some hospitals, universities, restaurants, bars and other entertainment venues have also started requiring vaccines.

But the new measures are unlikely to affect many of the millions of unvaccinated Americans.

Many of the companies that are requiring shots have mostly office workers who are already largely vaccinated and are reluctant to work alongside those who aren’t.

In contrast, major companies that rely on low-income blue-collar workers — food manufacturers, warehouses, supermarkets and other store chains — are shying away from mandates for fear of driving away employees and worsening the labor shortages such businesses are facing.

Tyson Foods, for instance, said about half of its U.S. workforce — 56,000 employees — has received shots after the meat and poultry processor hosted more than 100 vaccination events since February. But the company said it has no plans to impose a mandate to reach the other half.

Walmart and Amazon, the country’s two largest private employers, have also declined to require its hourly workers to get vaccinated, continuing to rely on strategies such as bonuses and onsite access to shots. But in a potentially powerful signal, Walmart said employees at its headquarters will be required to get vaccinated by Oct. 4.

The biggest precedent so far has come from the federal government, the nation’s largest employer. President Joe Biden announced last week that all federal employees and contractors must get vaccinated or put up with weekly testing and lose privileges such as official travel.

The federal government has said it will cover the costs of the weekly tests. As for other employers, insurance may pay for such testing at some workplaces but not others.

Biden’s decision could embolden other employers by signaling they would be on solid legal ground to impose similar rules, said Brian Kropp, chief of research at consulting firm Gartner’s human resources practice.

But Kropp said some companies face complicated considerations that go beyond legalities, including deep resistance to vaccines in many states where they operate.

In surveys by Gartner, fewer than 10 percent of employers have said they intend to require all employees to be vaccinated.

But a shift is building amid frustration over plateauing vaccination rates and alarm over the spread of the more contagious delta variant. As of Monday, 69.9 percent of American adults had gotten at least one shot, missing Biden’s goal of 70 percent by the Fourth of July, according to the Centers for Disease Control and Prevention.

The Union Square Hospitality Group, a group of New York City restaurants and bars founded by Danny Meyer, is now requiring employees and customers to be vaccinated by Sept. 7.

The San Francisco Bar Owner Alliance, a group of about 300 bars, made a similar decision following a meeting where “the thing that stood out was anger and frustration” toward vaccine holdouts, said founder Ben Bleiman.

While some companies fear vaccine mandates will drive workers away, the pandemic itself is also causing absenteeism. Bleiman said he recently had to close his bar for a night after his bartender, who was fully vaccinated, tested positive and a replacement couldn’t be found.

Some employers are concluding that requiring vaccines is simpler than trying to come up with different rules on masks and social distancing for the small number of unvaccinated employees.

BlackRock, the global investment manager, is allowing only vaccinated workers into its US offices for now and said people will be free to go maskless, as local health guidelines allow, and sit next to each other and congregate without restrictions. The firm said 85 percent of its U.S. employees are vaccinated or in the process of getting shots.

Matthew Putman, CEO of New York-based high-tech manufacturing hub Nanotronics, said he agonized over his decision to impose a vaccine mandate on his more than 100 employees. As it turned out, nearly all of them were already vaccinated, though he dreads the prospect of having to fire any holdouts.

“I hate the thought. But if it has to happen it has to happen,” Putman said. “I lost a ton of sleep over this but not as much sleep as I’ve lost over the fear of infection.”

Other mandates could provide a clearer test of the potential for employee backlash.

Hospitals and nursing home chains, for instance, are increasingly requiring the vaccine. So far, such mandates have survived legal challenges. More than 150 employees at a Houston hospital system who refused to get the COVID-19 shot were fired or resigned after a judge dismissed an employee lawsuit over the requirement.

Atria Senior Living, which operates more than 200 senior living communities across the country, was among the first to mandate vaccines for its staff in January.

It worked. Nearly 99 percent of Atria’s 10,000 employees are vaccinated, and only a tiny fraction quit over the requirement, said CEO and Chairman John Moore.