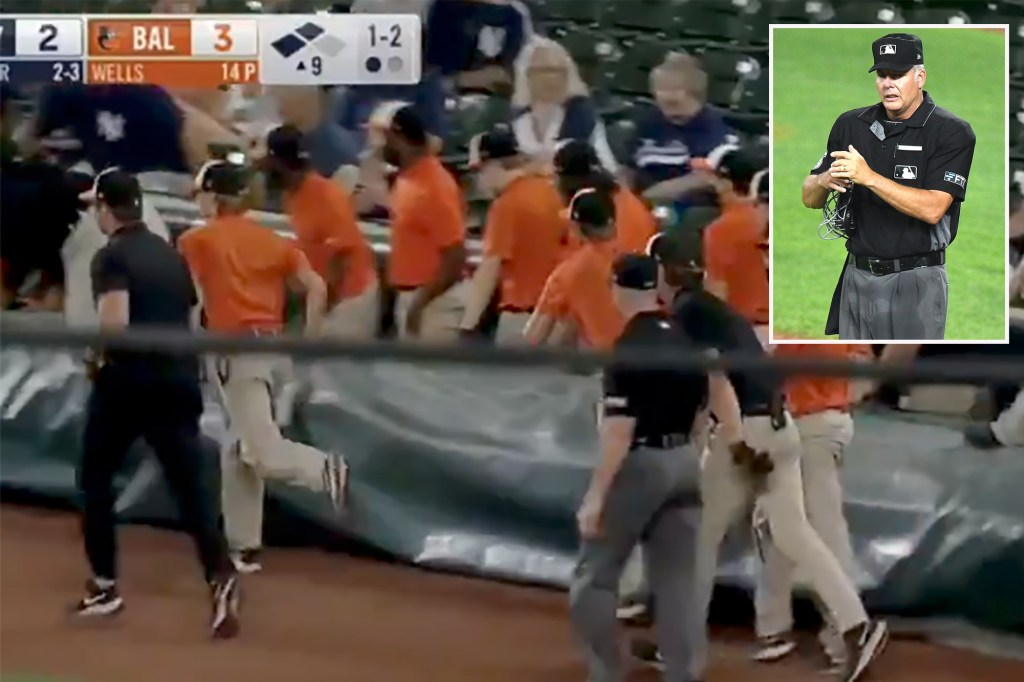 In a bizarre scene during Wednesday night’s Yankees-Orioles game in Baltimore, umpire Tim Timmons ejected the entire grounds crew from the field during the ninth inning.

Amid a light rain, the crew was posted up behind the tarp, ready to roll it out after the game was over to protect the field. But Timmons was having none of it, as he pointed at the crew and tossed them from the game.

After a brief confusion, the crew seemed to understand the order, and they jogged off in an orderly fashion. Predictably, the rain got heavier nearly the instant they had left the field.

The crew were sent off in the top of the ninth inning with runners on second and third, and the Yankees trailing, 3-2. Brett Gardner then hit a single to put the Yankees up 4-3, which ended up giving the Yankees the win.

It wasn’t exactly clear why exactly Timmons ejected the grounds crew. It certainly came as a surprise to everyone.