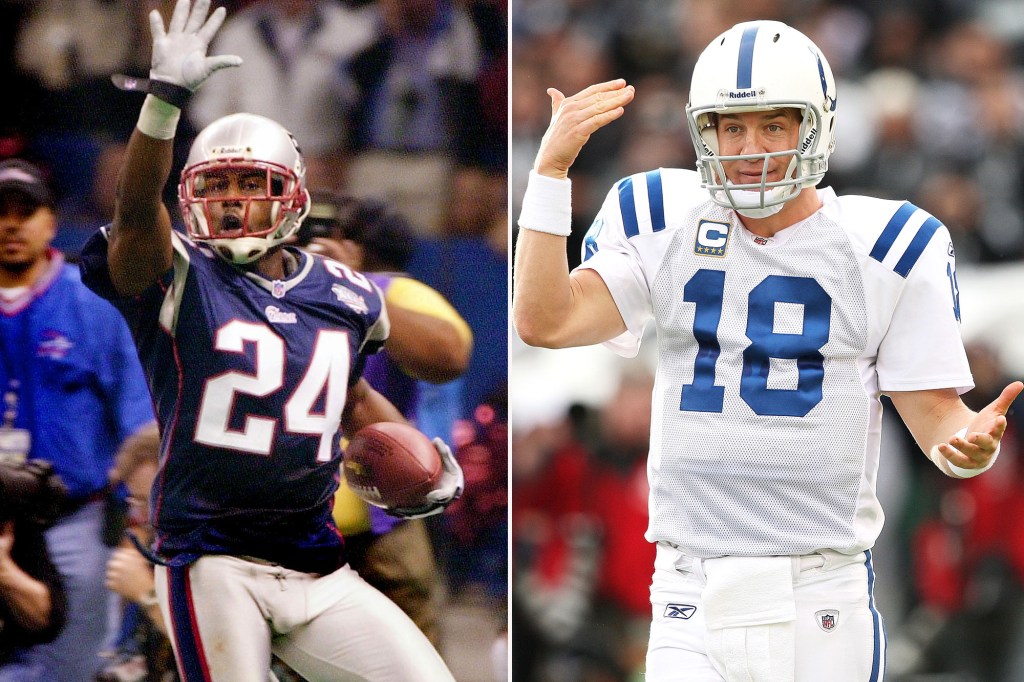 
Former Patriots cornerback Ty Law did not appear to take kindly to longtime rival Peyton Manning’s recent claim that New England used to “bug” his locker with a microphone.

Manning — during his new “Monday Night Football” broadcast on ESPN2 with brother Eli — recalled talking to his Colts receivers in the team showers to prevent the Patriots from eavesdropping. Law found that detail particularly entertaining.

“You know what’s even stranger about that comment is that I agree with Peyton: He is extremely right that it’s very strange to see seven guys in the shower talking about football,” Law said on “The Greg Hill Show” Tuesday. “But you know what, he might’ve thought that because we were in his head a little bit.”

Manning’s time with the Colts overlapped with Law’s Patriots tenure from 1998-2004. The two famously battled it out in the 2003 AFC Championship game, which ended in a 24-14 Patriots win, and then the franchise’s second Super Bowl.

“Let’s be honest, we were in his head a little bit. That’s OK. That’s Bill Belichick scheming up things and giving players confidence, so you probably did think we had a bug in there because we knew what you were doing,” Law said. “I ain’t gonna tell no secrets right now, but we knew what he was doing. So go ahead in the shower with all your buddies.”

Manning has previously accused the Patriots and Belichick of bugging opposing locker rooms. Other narratives about the Patriots cheating — including Spygate and Deflategate — have persisted during New England’s dominance during the Tom Brady and Belichick era. The Buccaneers quarterback spent 20 years with the Patriots and won six Super Bowls with Belichick, before he took his talents to Tampa Bay in March 2020.

Law said he takes “satisfaction” in the bugging allegations and other claims about his former team.

“Because if you want to go to those extremes, when they were talking about how we played aggressive on their wide receivers,” Law said. “What did they call it, the ‘Ty Law rule’? I mean, I look at that as a compliment. We just came out there, we kicked ass, we took names, and y’all had to go home mad on the bus and we went to the Super Bowl. I take satisfaction in it. It’s not frustrating at all. It’s funny.”

Law said his rivalry with Manning is secondary to his relationship with the legendary quarterback.

“Peyton is my friend, a great quarterback, a great competitor,” he said. “But there’s gonna always be a lot of talk about that rivalry, whether it’s him joking about we had it bugged or this-gate or that-gate… But Peyton is great. I think his analysis is funny, his wit is awesome. I enjoy listening to him.”