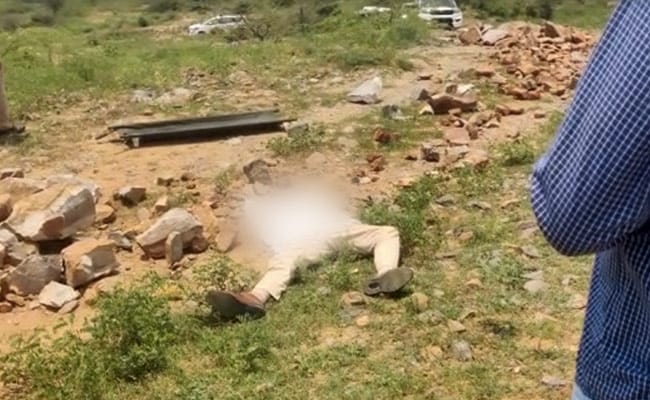 A truck driver who ran over a police officer during illegal mining check in Haryana has been arrested, news agency PTI reported.

The horrifying incident captured the terror of the mining mafia in Haryana. The senior police officer, Surendra Singh Bishnoi, was run over by a stone-laden truck in Nuh yesterday when he went to stop illegal mining of stones.

The Deputy Superintendent of Police, or DSP, had received information that stones were being illegally mined at Panchgaon near the Aravalli mountain range. He decided to go for a surprise check around 11 am.

On spotting the police, those involved in illegal mining started fleeing the spot. The senior officer tried to block the stone-laden trucks, standing before them and signalling them to stop.

The driver of one of the trucks, instead of slowing down, accelerated and ran him over, killing him on the spot. Two other policemen had a narrow escape as they jumped out of the way. The accused then fled the area.

“He didn’t come with a back-up force as he may not have found time for it. He was run over by the accused. No weapons were used,” said police officer Ravi Kiran.