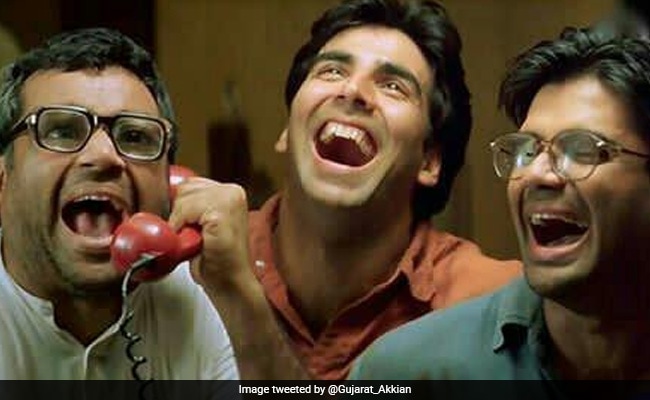 Fans are in for a treat as producer Firoz Nadiadwala confirmed that the third film in the Heri Pheri franchise will happen soon. The 2000 cult classic, Hera Pheri, featured Akshay Kumar, Suniel Shetty and Paresh Rawal, and was later followed by a second instalment, titled Phir Hera Pheri in 2006, with Bipasha Basu and Rimi Sen being added to the cast list. In an interview with Bollywood Hungama, Firoz Nadiadwala said that the story of the third film in the works with the original star cast in place. Bollywood Hungama quoted him saying, “You’ll get to see it very soon with the same star cast – Akshay ji, Paresh bhai and Suniel ji. The story is in place, and we are working on certain modalities. It’ll be made in the same way, retaining the innocence of the characters.”

He added that the success of the franchise cannot be taken for granted and keeping this in mind, the makers are being “extra careful” regarding the content of the film. “We can’t take past achievements for granted. So, we have to be extra careful in terms of our content, story, screenplay, characters, mannerism etc,” said Nadiadwala.

The producer revealed that the makers are shortlisting who will direct the upcoming film. “We’ll make the announcement soon,” he said. Hera Pheri, 2000, was a comedy film which was directed by Priyadarshan, who is also an acclaimed name in Malayalam cinema.

The film revolves around two tenants and a money-hungry landlord. They happen to get a ransom call via a cross-connection that leads to a comedy for errors as they try to claim the ransom money for themselves.