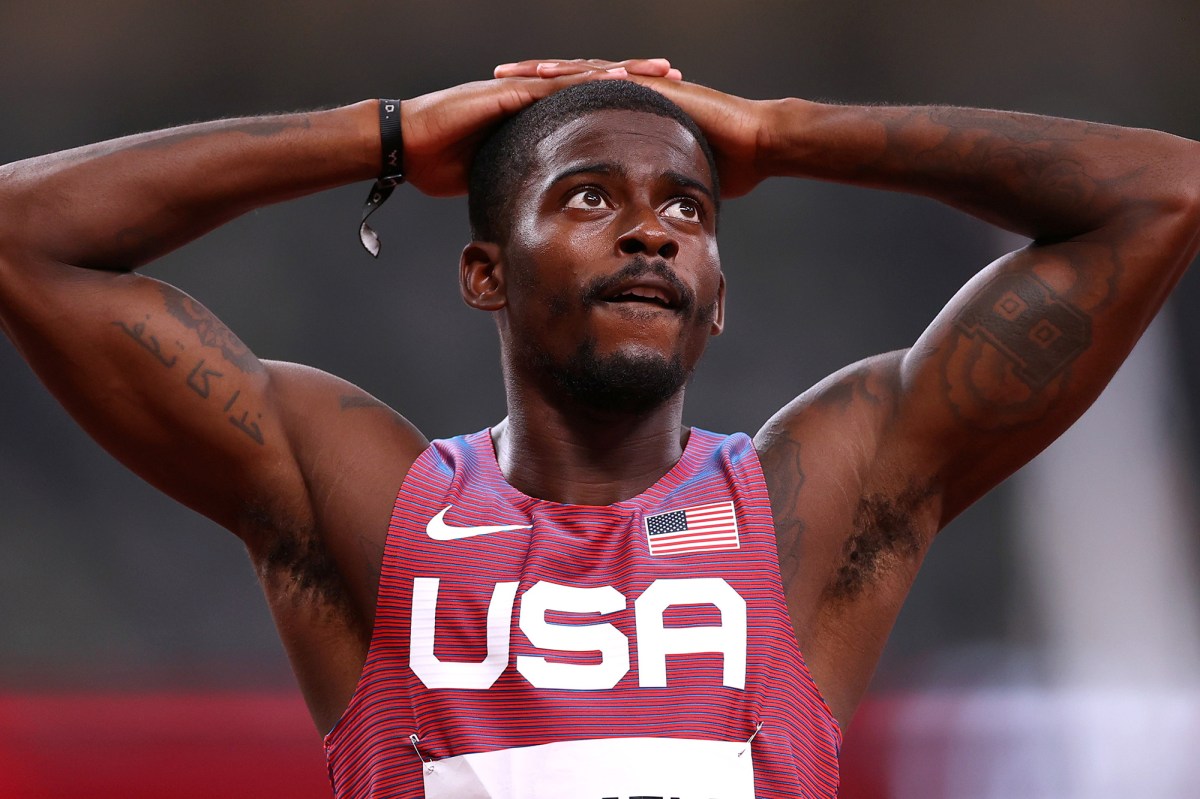 Forget about becoming the new fastest man — gold medal favorite Trayvon Bromell couldn’t even reach the final of the 100 meters in Tokyo.

In a stunning result Sunday, the American didn’t qualify after running a poor 10.00 in the semifinals. U.S. sprinters Ronnie Baker and Fred Kerley advanced.

Jamaican superstar Usain Bolt had won the gold the last three Olympics in the 100 meters. Bromell was hoping to write a story of redemption, after leaving the Rio 2016 Olympics in a wheelchair due to searing pain in his Achilles tendon after running the anchor leg of the 4×11-meter relay.

Sunday’s result wasn’t what he — or anyone at the Games — anticipated.