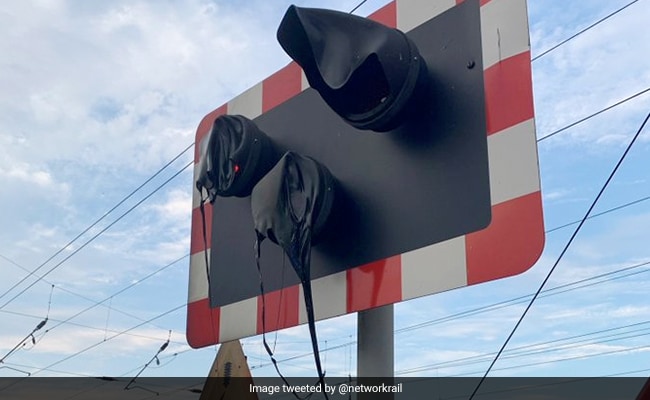 UK Heatwave: Railway infrastructure was damaged due to record heat in the UK.

Videos from across the country surfaced all over social media showing what damage the record temperature has caused. One of these videos shows houses in a village outside East of London damaged by a massive fire, while another one shows forest burning on the side of a highway. 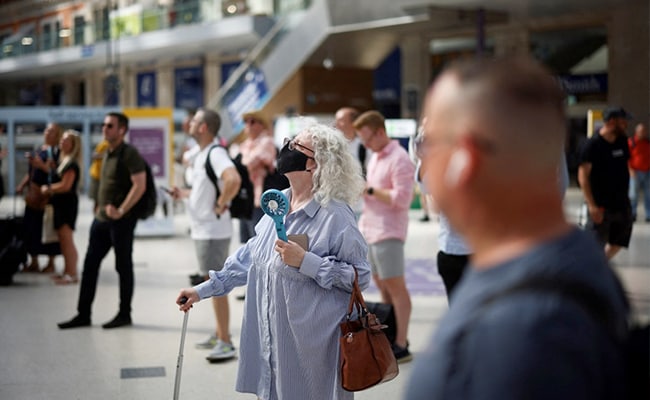 A woman using a portable fan while commuting in London. (Reuters)

The record breaking temperature also caused the fire alarm in one of the theatres going off because of the heat. A video from the Globe Theatre shows staff members scrambling for cover as the sprinkler system discharges water in the building.

“When global warming sets off your thatched roof’s anti-Puritan/cannonfire sprinklers,” actor George Fouracres said on Twitter while posting the video from the theatre.

The record-breaking heat has also led to a surge in fire case, with London’s firefighting authority declaring a major incident in the British capital on Tuesday.

The London Fire Brigade said it had deployed dozens of fire engines to several fires in and around the city, including thirty to a grass fire in east London. Television footage showed one blaze engulfing several homes.

Meanwhile, train cancellations across the country created a harrowing situation for commuters who were seen sleeping on suitcases and benches at London’s Kings Cross on Wednesday morning. 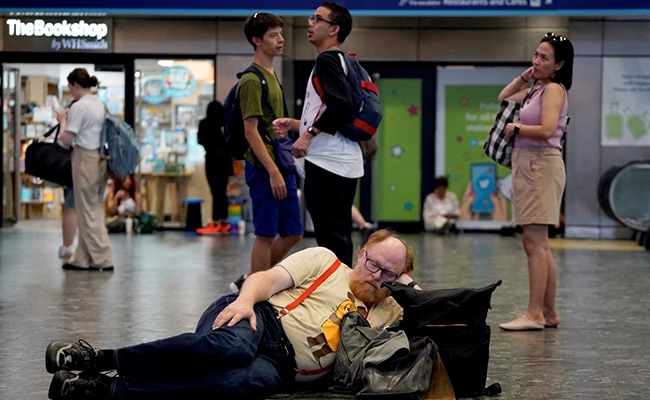 A commuter sleeping while waiting for his train in London. (AFP)

The authorities running train operations have been issuing warning commuters to “not come to the station”. People have also been advised to avoid unnecessary travel.