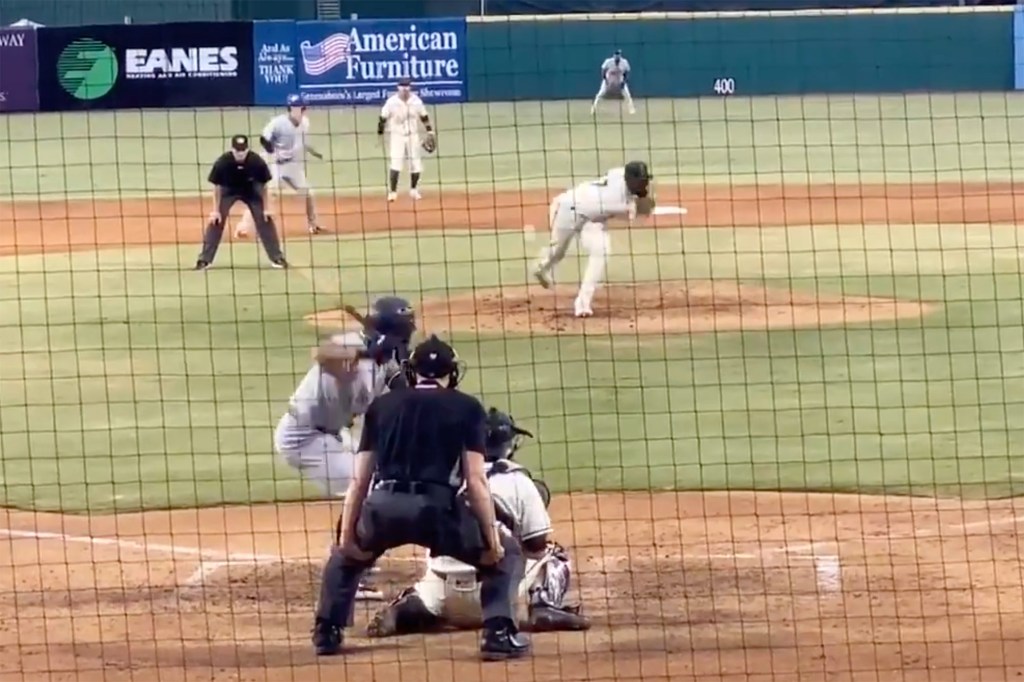 
Anthony Volpe’s homer was overshadowed by a mystery ejection during the High-A Hudson Valley Renegades’ 23-4 victory over the Greensboro Grasshoppers on Sunday.

The Yankees’ No. 1 prospect joined the slew of minor league ejections over the weekend when he slammed a 3-run homer to extend Hudson Valley’s lead in the fourth inning. It marked his 12th homer for the Renegades, and his 24th of the season.

It’s unclear why he was tossed, though Volpe was reportedly ejected for something he said while rounding third. Left fielder Elijah Dunham — the Yankees’ No. 24 prospect — had also been ejected by Witte after a groundout an inning prior.

Even in Volpe and Dunham’s absences, the Renegades went on a 14-run tear in the ninth inning — including two grand slams — to dominate the Grasshoppers (23-4) in Greensboro, NC.

Volpe is having a monster season, with a possible MLB call-up is on the horizon in 2022. The New Jersey native is hitting .286 with 12 home runs and 31 RBI in 43 games with Hudson Valley this year.

Volpe began the 2021 season on assignment with the Tampa Tarpons of the Low-A Southeast. He was promoted to the Renegades of the High-A East in July.

The 20-year-old shortstop is the Yankees’ No. 1 prospect, followed by outfielder Jasson Dominguez, according to MLB Pipeline’s rankings.

Volpe was drafted by the Yankees in the first round of the 2019 Major League Baseball draft, and made his pro debut with the Pulaski Yankees of the Rookie Advanced Appalachian League.