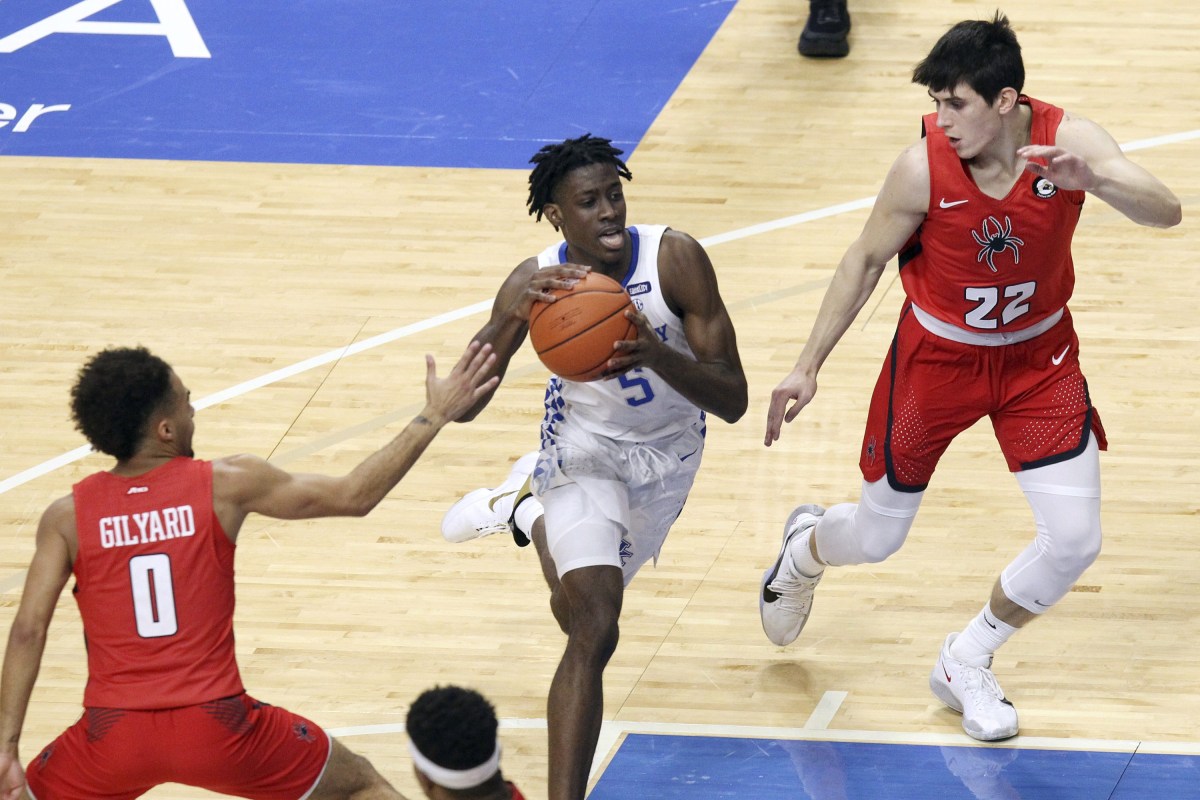 Gone, but not forgotten.

When asked about this year’s NBA draft class, several players brought up the memory of Terrence Clarke unprompted. Clarke, after one year at Kentucky, was a projected first-round pick who tragically lost his life in a car accident on April 22 in Los Angeles.

“A good representation of this draft class is a player that passed in Terrence Clark,” Florida State wing Scottie Barnes, who is expected to be taken in the top five, said. “You just saw how much joy and enthusiasm he played with. He represented us all, just being great guys.”

At the time of his death, several NBA players posted about Clarke on social media. Celtics star Jaylen Brown tweeted that the league should honor Clarke’s memory by having his name posthumously called on draft night. In 2014, the NBA honored Baylor star Isaiah Austin in a similar fashion. Austin, who had been diagnosed with the genetic disorder Marfan syndrome, was unable to play in the NBA, though he has since begun playing professionally overseas.

One suggestion that has circulated on social media is having the Celtics, who don’t own a first round pick, getting to call Clarke’s name, since he grew up in Boston. The NBA didn’t respond to a request for comment regarding whether it has any plans to honor Clarke.

“Long live T Clarke. He used to always have that big old smile in all those [exposure] camps, keeping everybody happy,” projected top pick Cade Cunningham of Oklahoma State said.

Clarke was ranked among the top 10 recruits in the country in his class and was a McDonald’s All-American. His one year at Kentucky didn’t go according to plan. The 6-foot-7 Clarke averaged 9.6 points, 2.6 rebounds and 2.0 assists in an injury-plagued season, in which he appeared in just eight games.

He was remembered by Klutch Sports, the agency he signed with after declaring for the draft, during its draft pro day on July 14, which aired on ESPN2. Each player wore a jersey with his name and No. 5 on it, and his Kentucky uniform was draped over an empty chair with flowers.

Brooklyn native James Bouknight could be the lone New Yorker taken in the draft, and it would be a surprise if any other locals go in the first round.

Fellow Brooklynites Jose Alvarado of Georgia Tech and Justin Champagnie of Pittsburgh, along with Seton Hall’s Sandro Mamukelashvili, could be second-round picks.

Last year, two New York natives, Obi Toppin and Cole Anthony, went in the first round — to the Knicks at eight and the Magic at 15, respectively.

“It’s surreal,” Bouknight. “For many, this was a lifelong dream. For me, I started out playing baseball, so this wasn’t always a dream of mine. But when I did start hooping, and I told myself I wanted to play in the league, you never really think it’s going to happen.”