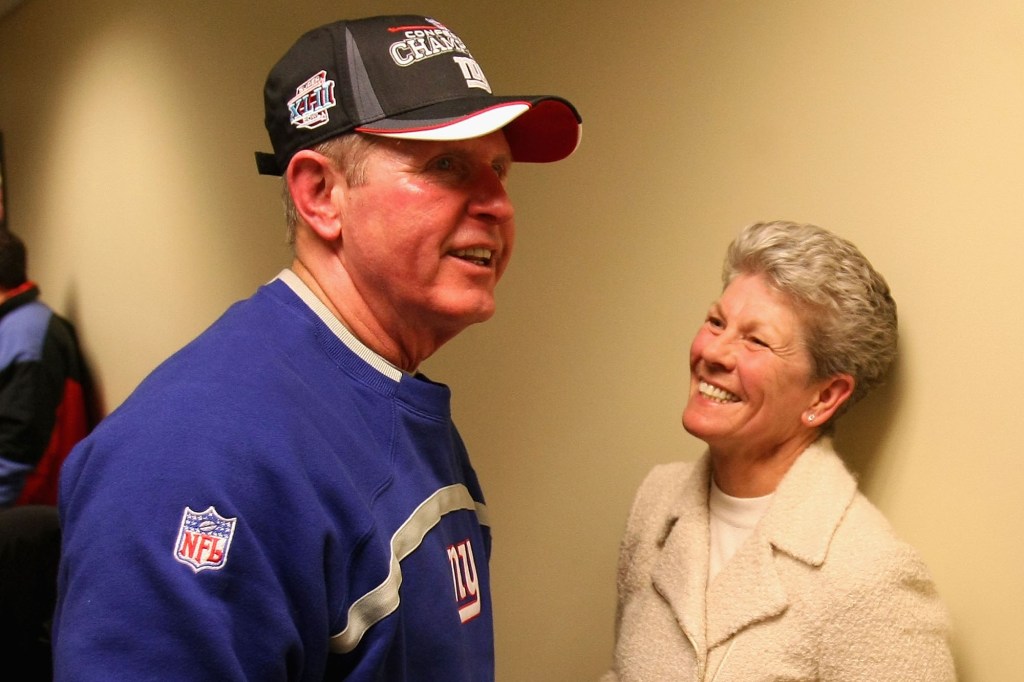 
Former Giants head coach Tom Coughlin revealed Tuesday that his wife, Judy, was diagnosed with an incurable brain disorder that has cost her almost all ability to speak and move.

“As so many of you are gearing up for another NFL season, I will be sitting far from the sidelines, at the bedside and holding the hand of my biggest supporter, my beloved wife, the mother of our children and a grandmother to our grandchildren,” Coughlin wrote in an essay published in the New York Times.

Coughlin said he has been the primary caregiver for his wife, who in 2020 was diagnosed with progressive supranuclear palsy after first showing symptoms four years ago.

“We’ve helplessly watched her go from a gracious woman with a gift for conversation, hugging all the people she met and making them feel they were the most important person in the room, to losing almost all ability to speak and move,” Coughlin said of his wife of 54 years.

Coughlin, 74, decided to share his family’s story after someone asked why Judy hadn’t been in photos from events for the Jay Fund Foundation, a non-profit charity started by Coughlin for children with cancer.

“Judy’s decline has been nothing but gut-wrenching and has placed me in a club with the tens of millions of other Americans who serve as a primary caregiver for a loved one,” said Coughlin, who led the Giants to two Super Bowls and most recently ran football operations for the Jaguars before being let go in 2019. “Admittedly, transitioning from being with an NFL franchise to full-time caregiver wasn’t easy. It’s still not easy. The playbook is either changing by the minute or so numbingly repetitious, you lose track of time and self.”

Nearly one in five Americans are providing unpaid care to an adult with health or functional needs, according to a report from CareGiving.org.

“I’ve learned firsthand caregiving is all-consuming,” Coughlin said. “It is mentally and physically exhausting. Sometimes you just need a break… I’ve spent my entire life preparing for some of the biggest games a person could play, but nothing can prepare you to be a caregiver who has to watch a loved one slip away.”