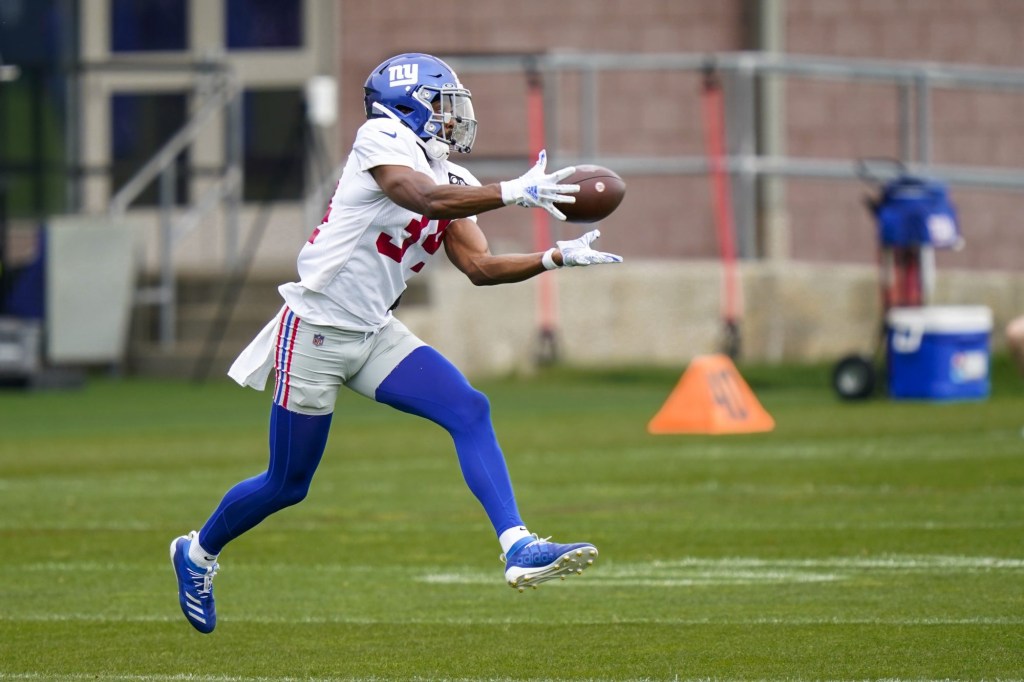 Here are three things to watch as the Giants head into their final preseason game Sunday against the New England Patriots.

The cutdown to 53 comes Tuesday. Final impressions must be made in this game. The wide receiver room is impacted by injuries at the top, but there are only so many jobs to go around. C.J. Board, Dante Pettis and Davis Sills are probably vying for one spot. Sills does not offer much in the way of special teams value. Board does, but other players at other positions (Keion Crossen, Cam Brown) may offer more.

It is open season on the Giants’ offensive line, with critics taking shots at the group all summer. The starters were not terrible (after a shaky first session) in joint practices with the Browns and better in two days of work with the Patriots. This is the final tuneup, and this young group — especially right tackle Matt Peart — needs to keep Daniel Jones clean and look as if they will be able to compete when the real action starts.

Ever since he was taken with a third-round pick in the 2018 supplemental draft, it has been one misadventure after another for Sam Beal. This could be his last stand. The competition at cornerback is not exactly overflowing, and the summer-long injury to rookie Aaron Robinson could open a spot. Rookie Rodarius Williams (sixth-round pick) is definitely ahead of Beal, who does not show the necessary aggressiveness when it comes to making his break on the ball.