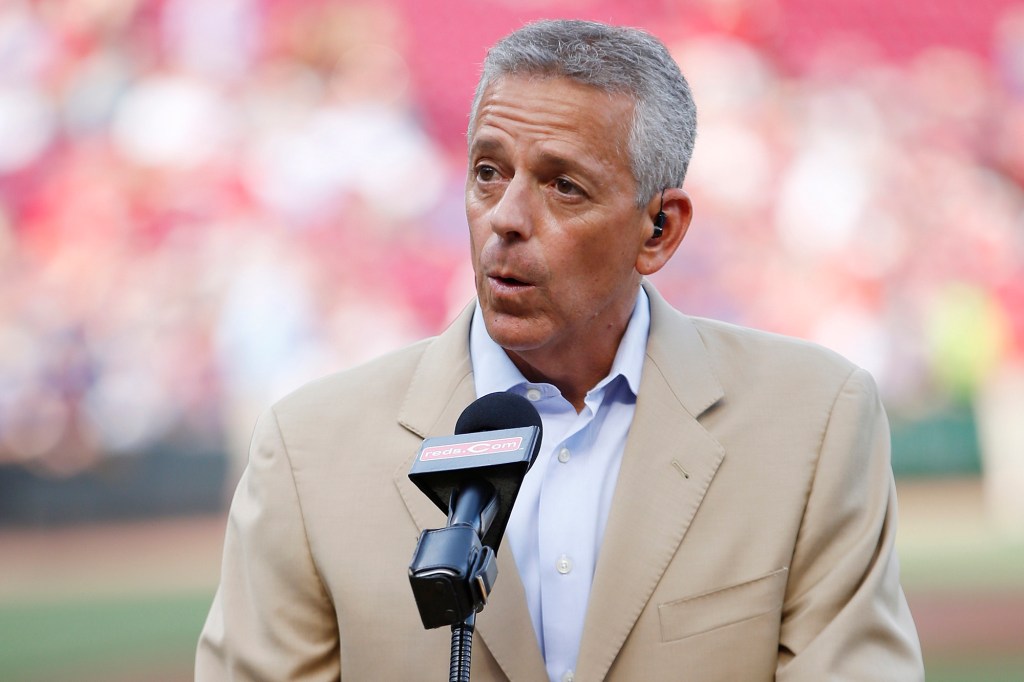 
Thom Brennaman claims most fans he runs into want him back on the air.

The former MLB and NFL play-by-player, who uttered an anti-gay slur last year that was caught on a hot mic, ultimately resigned from his position as the TV voice of the Cincinnati Reds after being suspended. He says roughly six months after the August 2020 incident Fox Sports did not renew his contract.

“If I’m in the grocery or getting a cup of coffee at the local convenient shop, 99% of those I bump into, I’ll hear, ‘We wish you were back, we miss you!’” Brennaman told Sports Broadcast Journal. “Let’s say it’s even 90%. Are execs going to make a decision to appease the 10%? Wouldn’t you listen to the massive 90%?”

Brennaman, 58, was caught saying, “One of the f-g capitals of the world,” in a clip that quickly spread on social media. While the context of the comment was previously unclear, David J. Halberstam wrote in Sports Broadcast Journal that it was a reference to San Francisco.

“On the TV pre-game show, when I wasn’t aware that we on the air but when my mic was hot, I made a homophobic remark. Although it wasn’t on-air, the clip made its way to the internet and went viral from there. There’s no defending the word I used in any form or fashion. I’ve owned up to it every second since,” Brennaman told Halberstam. “The moment it left my lips, I knew it was over. It was just a matter of time. I anticipated a suspension and lots of backlash.”

Brennaman went on to defend former Sacramento Kings play-by-play voice Grant Napear, who was fired last year after he wrote on Twitter, “All Lives Matter… Every Single One!” The tweet came amid Black Lives Matter protests following the killing of George Floyd, for which former Minneapolis police officer Derek Chauvin was convicted of second-degree murder, third-degree murder and second-degree manslaughter.

“How do you justify it? What did he do?” Brennaman said of Napear. “If we live in an environment that BLM matters, don’t all lives matter? That makes you a racist? How ludicrous is that? Napear is one of the great guys in our business.”

Brennaman told Halberstam that he’s “become a board member for a children’s home here in the Cincinnati area that’s utilized primarily for kids thrown out of their homes because they’re gay,” He says Bob Costas has been helpful to him and even recommended him for the Cubs TV play-by-play job last fall.

“He’s told me that the crime doesn’t match the punishment,” Brennaman said of Costas.