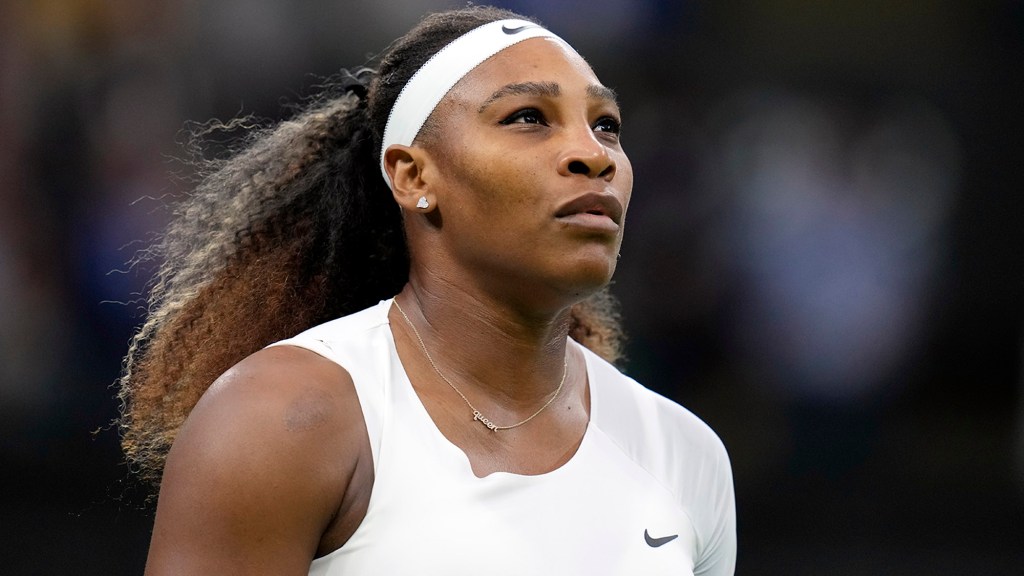 Even the Greatest of All Time can run out of time.

For Serena Williams, could it be happening as we speak?

The 39-year-old Williams — who will turn 40 next month — withdrew from the U.S. Open on Wednesday. Roger Federer, Rafael Nadal, Dominic Thiem, and her own sister Venus (who also announced her withdrawal Wednesday) have all pulled out, but Serena is as big as any of the names missing from Flushing Meadows.

What would have been dismissed as a one-off hamstring injury in her prime is now a prompt to ask whether we’ve seen the last of Williams playing like the best woman in the history of the sport — or even as a threat to win a major.

“After careful consideration and following the advice of my doctors and medical team, I have decided to withdraw from the US Open to allow my body to heal completely from a torn hamstring,” Williams wrote on social media, adding, “I’ll see you soon.”

But is it fair to ask whether we’ll ever see the old Serena? Or just an older Serena, dominant when she’s healthy, but rarely able to string together enough stretches of good health to win a major.

For a player with an Open-era record 23 Grand Slam singles titles, it’s hard to imagine. But even GOATs age.

“We’ve done everything we could,” Williams’ coach, Patrick Mouratoglou, said on social media. “It is heartbreaking, but this is the only possible decision.”

Ever since she was injured at Wimbledon, Williams has worked to rehab and recover. Less than two weeks ago, she couldn’t move and an MRI exam showed the torn hamstring was still present. Last week, she could only play in tiny perimeters, but still couldn’t move without pain.

And in a final checkpoint with a week left before the start of the U.S. Open, Williams still felt at least some discomfort. That discomfort served as a warning that her camp finally convinced her to listen to.

“We took medical advice and the medical advice was clear; if you play, you take a big risk,” Mouratoglou told Tennismajors.com. “Then we had to discuss a little as a team. Serena always feels like she’s giving up if she doesn’t play, it’s inside her. We had to reason her a little.”

With Mouratoglou calling the U.S. Open the final goal of the season, it’s unclear if Williams will return before the calendar flips. When asked if Williams will play this year or next year, or even if she might retire altogether, he was noncommittal and didn’t rule out retirement.

“I don’t know, we didn’t talk about that. We just talked about the U.S. Open, that was the last goal of the season. First she has to digest, then we can sit and talk. Today, I’m not certain of anything in one sense or another,” Mouratoglou said.

“No one could ever imagine they would play competitive tennis at 40. You have a new deal in tennis, it’s that champions can play longer, over 35, thanks to their unprecedented professionalism. Nevertheless, it’s still a race against the clock.”

Williams is in the home stretch.

Granted, people have gone broke betting against her, the same way they have against the ageless Tom Brady. She’s regarded as one of the greatest female athletes in the history of any sport.

But Williams hasn’t won a Grand Slam since 2017. She has made four Grand Slam finals since giving birth to her daughter nearly four years ago, but lost in straight sets every time. Now, still one title shy of matching Margaret Court’s all-time Grand Slam mark of 24, the last might be her hardest to get.

If she ever gets it.

“Hopefully she goes out on her terms,” John McEnroe said. “Either way she’s the greatest female player in my book that’s ever played; one of the greatest athletes, period, that’s ever played. I don’t think she’s got to worry about whether she wins another one. I’m sure she’d love to be able to do that, if possible.”

It’s possible, but every tournament that goes by makes it less probable.

With Williams joining her male counterpart, Federer, as a quadragenarian on Sept. 26, McEnroe ruminated, “I mean, 40 in tennis, even now, is like 65 in another job.”

She’s the best that has ever done this job. But it’s fair to wonder if we’ll ever get to see her do it at her best again.