This is why you shouldn’t doubt Aaron Rodgers 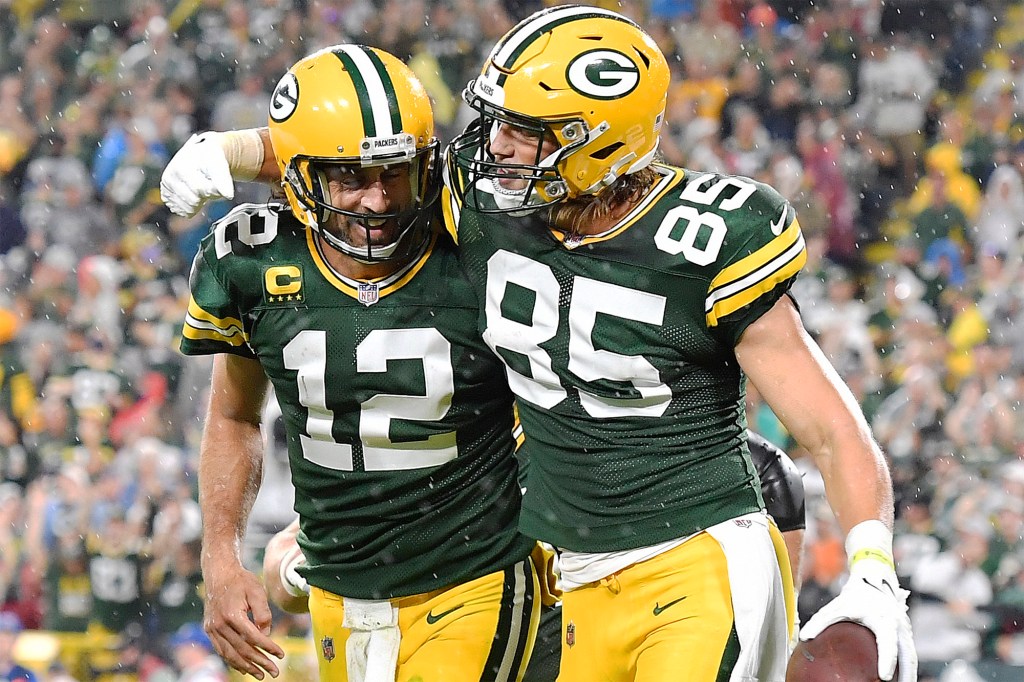 Even if you’ve grown tired of his act, which is sometimes diva-like and other times condescending (and there’s a good percentage of Green Bay faithful who have), Rodgers remains who he’s always been on the football field: one of the greatest shows in sports.

It was all on display to the delight of the 77,240 Cheeseheads packed into venerable Lambeau Field for the first time since before the COVID-19 pandemic.

Packers 35, Lions 17, in Green Bay’s home opener Monday night, was Rodgers’ emphatic answer to the 38-3 shellacking he and the Packers took on the chinstrap from the Saints a week ago.

And afterward, he left little question that last week and the outside reaction to it was still on his mind when he arrived to the postgame interview.

“We tried to show that we cared a little more tonight,’’ Rodgers said flippantly.

Asked if that meant there was a perception the Packers didn’t care while being blown out by the Saints, he said, “I think people like to say a lot of bull [bleep], and it’s nice to come in here after a game like this. There’s so much more overreaction on a week-to-week basis now, and it’s nice to get the trolls off our back.’’

It was after the loss to New Orleans that Rodgers, who played an uncharacteristically miserable game (15 of 28 for 133 yards, no TDs and two INTs), dismissively called it “just one game’’ and defiantly added, “If we’re starting to freak out after one week, we’re in big trouble.’’

Whether Rodgers — who spent the offseason leaking word that he never wanted to play another game in a Green Bay uniform but never dished out any tangible reasons for his discontent — and the Packers were on the verge of trouble entering the game was up for debate.

Even the most grizzled veteran observers of the Packers wondered which Green Bay team would turn up entering the night.

But history was on the side of Rodgers and the Packers. Of the seven losses in Matt LaFleur’s two-plus seasons as head coach in Green Bay, three were by 25 or more points, including the season opener against the Saints.

And in the game following the first two of those blowout losses, Rodgers responded by throwing four TD passes.

Rodgers threw four of them Monday night, three of which went to his talented and trusty running back Aaron Jones, who became the first Packers back to catch three TD passes since Andy Uram against the Chicago Cardinals in 1942.

The first three of those Rodgers scoring passes came as answers to Detroit scores.

Lost in Rodgers’ performance and his postgame retort to the “trolls’’ was a lost football locket that Jones was wearing with some of his father’s ashes in it. Jones’ father, Alvin, died in April of complications from COVID-19, and he’s dedicated this season to him.

Jones said the necklace with the locket fell off in the end zone when he scored the second of his four TDs. As he spoke to reporters after the game, Jones said security was searching for it.

“He was really in my heart tonight,’’ Jones said. “If there was any place to lose [the locket], I’m sure my dad would be happy I lost it in the end zone. My dad always taught me [that] how you respond to adversity is what makes a man.’’

Jones, Rodgers and all of the Packers responded with feeling Monday night after a long week following the loss to the Saints. And, Jones said, Rodgers was a big part of the turnaround.

“He’s a guy who’s always locked in, and he wanted to make sure everyone was locked in, set the standard,’’ Jones said. “I think he’s a great leader.’’

The Lions pushed Green Bay around early in the game, perhaps seeping some doubt into the Packers’ psyche after what happened to them the previous week. Detroit took leads of 7-0 and 14-7 before going up 17-14 at the half.

After the game, LaFleur called his quarterback “one of the greatest of all time’’ and spoke admirably about Rodgers’ obsession with being perfect.

As it turned out, Rodgers was right. No reason to freak out in Green Bay. Not now, anyway.

Submit your Mets questions for Wednesday’s chat with Mike Puma