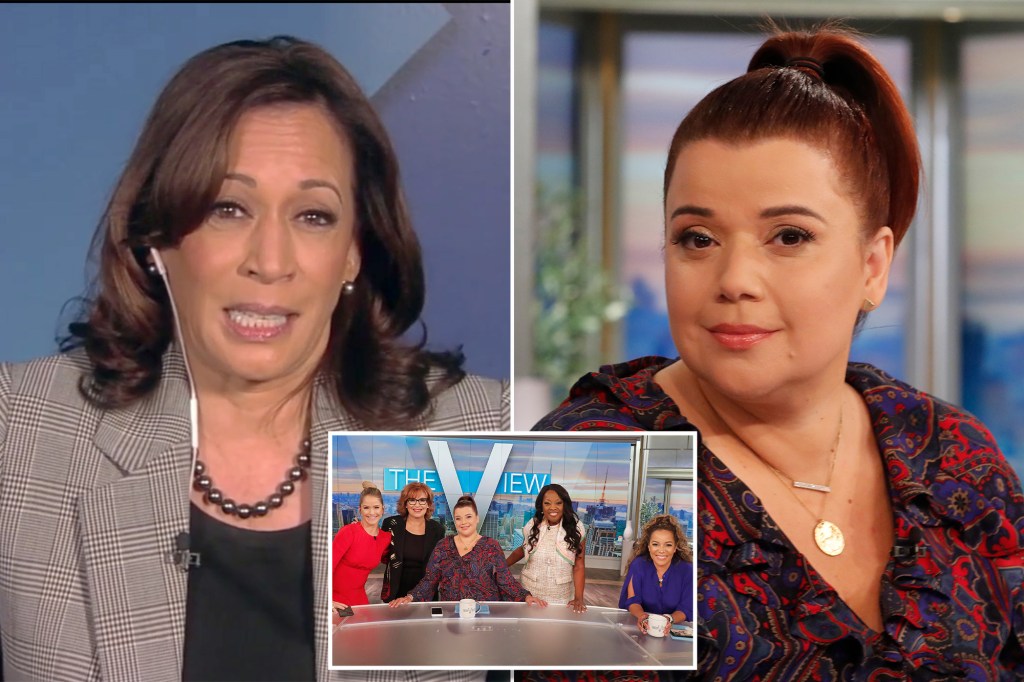 
Ana Navarro described chaos on set of “The View” after she was rushed off the stage just minutes before Vice President Kamala Harris was set to appear live.

“All of a sudden it turned into an episode of ‘Curb Your Enthusiasm,’” Navarro told Anderson Cooper late Friday, adding it was a “very awkward moment.”

Despite everyone being “vaccinated up the wazoo” as Joy Behar put it, Navarro and fellow host Sunny Hostin were ejected from the show set on live television just minutes before the scheduled Harris interview.

“We were prepared to ask some tough questions. We were very proud to have the vice president come on ‘The View,’” Navarro said.

“We were sent backstage. The vice president was in a separate room. We had had no contact with her the entire day,” she continued. Harris “ended up doing the interview from that room via remote while we were locked up in our dressing rooms.”

Navarro said she first learned about her positive result on air through an earpiece just moments before she was asked to leave. Subsequent testing strongly suggested her result was a false positive, she said.

“We are all tested weekly. There are a lot of measures taken at ‘The View.’”

Queing up against dragon: Four democracies vs China unfolds amid global crises of Covid and climate change – World News