The time Michael K. Williams grabbed a bite with Anthony Bourdain in NYC 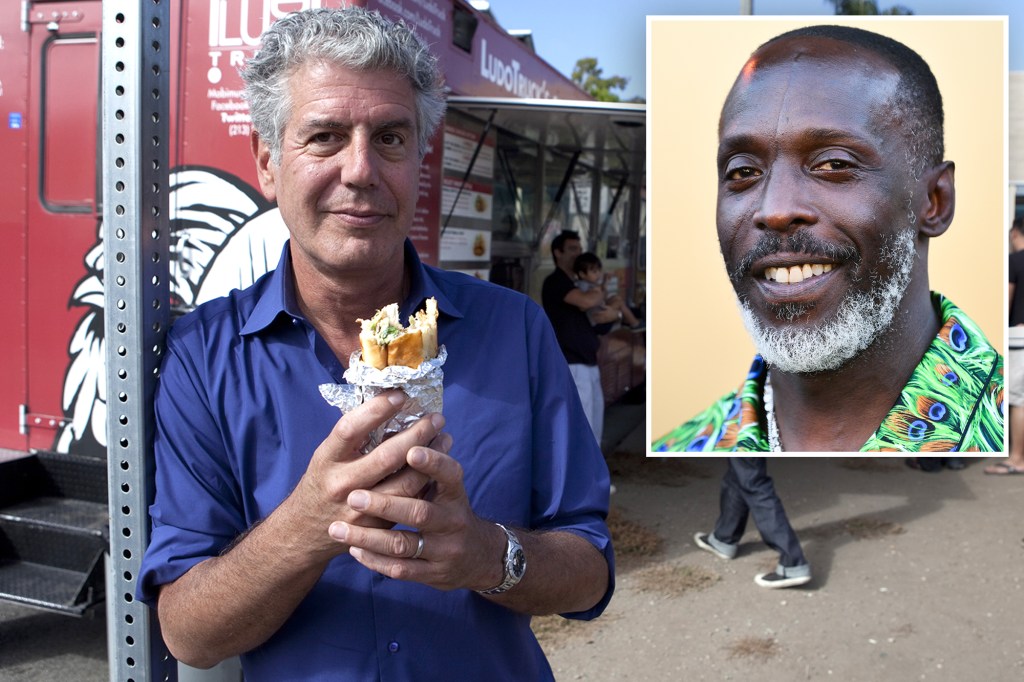 
Fans grieving the loss of Michael K. Williams this week remembered the actor’s now-bittersweet appearance on the finale of Anthony Bourdain’s “No Reservations” in 2012.

The poignant clip, showing the two late legends grabbing a bite in Brooklyn, made the rounds on social media after news of Williams’ tragic death on Monday.

Both Williams, 54, who was found dead in his Williamsburg home of a suspected drug overdose, and Bourdain, who died by suicide in 2018 at 61, had been open about their struggles with addiction and mental health.

Back in 2012, the two icons walked around Williams’ home neighborhood of East Flatbush before heading to Gloria’s, a since-shuttered Caribbean restaurant in Crown Heights.

The beloved stars shared a meal including oxtail, mac and cheese and curried goat — and happened to run into actor Jamie Hector, who starred in HBO’s “The Wire” with Williams.

“One of my absolute favorite episodes of no reservations was when bourdain met up with michael k williams in brooklyn and literally EVERYONE just knew michael,” one person wrote on Twitter. “this episode is gonna hit so different now.”

Another user commented: “Two of my favorites that were gone too soon: Michael K Williams and Anthony Bourdain.”

“Mike quietly called me w/out the crew knowing and asked, J are you in BK? I said yup! He said come break bread with me & Anthony me at Gloria’s,” Hector revealed.

“Just the kind of Friend Mike was ALWAYS WANTED TO SHARE THE LIGHT!!”