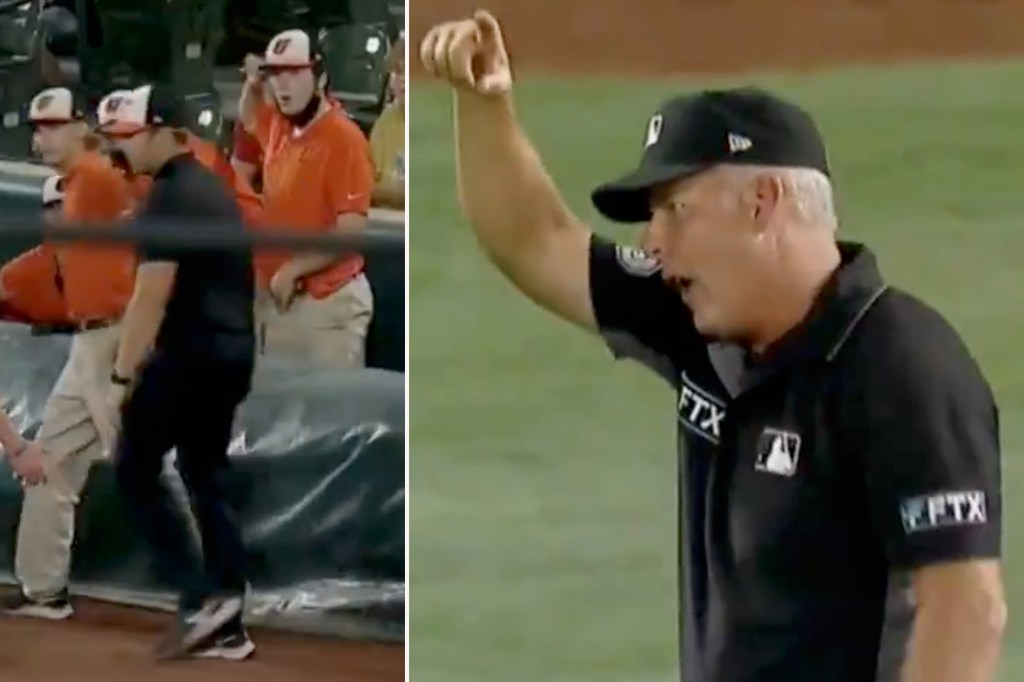 
One of the more bizarre moments of the MLB season occurred on Wednesday night, when umpire Tim Timmons appeared to eject the entire Orioles grounds crew during their game against the Yankees. The crew had been perched behind the tarp near the infield amid steady rain during the game, and Timmons sent them running off the field.

After the game, Timmons spoke to the Associated Press, and clarified that the move wasn’t technically ejection – rather, a stern suggestion.

“I didn’t ‘eject’ the grounds crew,” Timmons told them in a text. “I just didn’t want all of them behind the tarp, especially with the infield in.”

At the moment the crew was sent off the field, the Yankees had runners on second and third, and the Baltimore infield was in to prevent a run scored at home. Timmons sent them off the field to prevent any interference from a play that may have happened in the infield.

Immediately after the crew was sent off, Brett Gardner hit a bloop single to left field, allowing the Yankees to score twice and eventually win the game.