The fascinating Javier Baez question Mets will have to answer 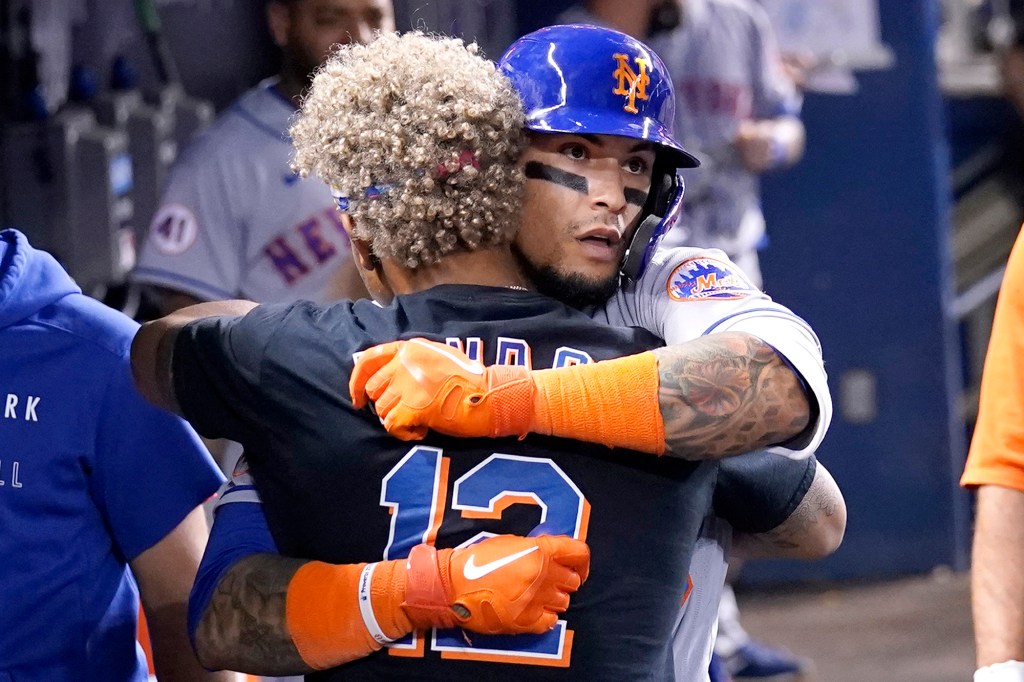 The minute the Mets traded for Javier Baez a few heartbeats before the trading deadline, I knew who I wanted to talk to. He is a Guy Who Knows Things, a GWKT, he has spent some time inside and outside organized baseball for many years, much of it spent watching games in Chicago, St. Louis, Kansas City and Milwaukee.

GWKT will tell you what’s on his mind, as long as you keep his name out of the public domain. It allows him to be honest. And what I wanted was honesty. And this is what GWKT, who has seen Baez play live hundreds of times and followed his whole career, had to say:

“If there is one player in baseball I’d want to see on your team, it’s Javy Baez. He’s fun. He’s breathtaking. He plays hard all the time. He is a special-level defensive player, he is a genius baserunner, and when he hits a baseball it stays hit. On your team, I’ll watch that all day.”

A pause for effect.

GWKT gave his reasons for that seeming incongruity, but his reasons matter little because we’ve already seen the length and the breadth of the entire Javy Baez Experience. We have seen all the good things; every few games he makes a defensive play that makes you shake your head. When he connects, he turns even par-five fence distance into a par-three. He has wonderful baserunning instincts, never on better display than his mad dash home at Citi Field the day the Mets scored five in the ninth to beat the Marlins.

But there’s also … well, the other stuff. There are the maddening pile of at-bats in which he chases non-competitively at balls that never scare the strike zone. That is part of a genuinely shocking lack of any semblance of plate discipline. He isn’t above the look-at-me moments that differentiate from fun trash-talk and devolve into something darker.

And, of course, there was “thumbs-down,” a red flag spackled with bright, neon streaks of even redder red.

Such is the equation you are presented with when you ask yourself hard questions about Baez, such as the one the Mets will be forced to ask themselves at season’s end: do the ends justify the means? More to the point, do they justify a nine-figure contract extension and making Baez a part of the Mets’ core for the next 10 years?

There is no wrong answer here, honestly. If Baez is willing to make the switch to second base permanently, it means the Mets would have perhaps the most dynamic double-play combination in baseball, with Baez and Lindor sewn up for a decade. Lots has changed about baseball, but a universal truth persists: you build up the middle and then out.

Baez may well find that he yearns to be a shortstop, and the presence of his pal might ultimately preclude that. But we do forget sometimes that around the Mets now, money is no longer fear, but fuel. In theory, if Steve Cohen wants someone, he’s going to get him, because he can pay him.

And Cohen does seem to like Baez very much, tweeting this week, “Where are the Twitter ‘experts’ complaining about Baez now? They must be away for the weekend.” All of that in the aftermath of thumbs-down.

But Cohen will have other big checks to write too, and soon. Pete Alonso has fairly solidified his role as the present and future face of the franchise, and when he signs it will certainly be for epic money. You suspect Jacob deGrom has a notion of getting paid one more time when his opt-out comes up next year. Michael Conforto and Noah Syndergaard are likely qualifying-offer candidates, but what if they agree, maximize their performance next year and become legit extension possibilities? And never forget: Robinson Cano is back on the books starting next year.

Even Bobby Axelrod has his limits.

One thing is certain: few players in Mets history have had the odd capacity to do things in the same game that make you scream completely contradictory things at your TV — “EXTEND HIM!” in the second inning, “DFA HIM!” in the eighth. Sounds like a guy you’d enjoy watching every day. Just not necessarily on your team.