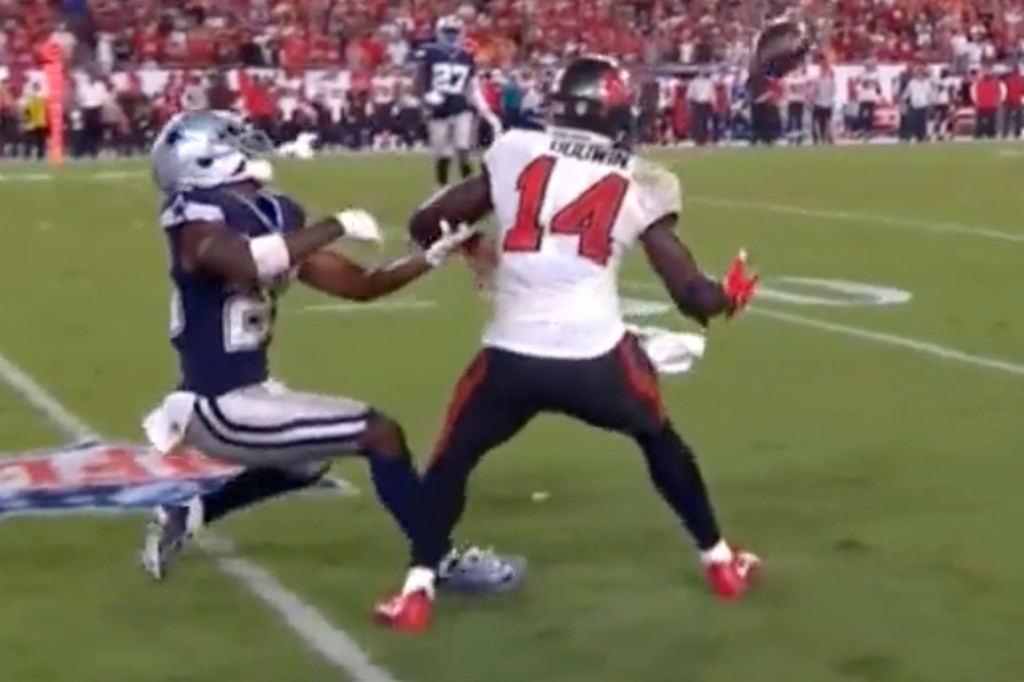 
As he is wont to do, Tom Brady delivered another epic game-winning drive in the NFL season opener Thursday night. But many were quick to point out that the Buccaneers may have gotten some help from the referees.

With 24 seconds left in the game and the Buccaneers down by one, Brady completed a deep pass to Chris Godwin down the left sideline, setting Tampa Bay up in field goal range for a game-winning kick. But Godwin appeared to extend his arm and shove Cowboys cornerback Jourdan Lewis to the ground on the play – in what could have been called offensive pass interference.

NBC analyst and former NFL referee Terry McAuley joined the broadcast and stated his belief that it should have been pass interference.

Had OPI been called, the Bucs would have been sent back to their own side of the 50-yard line with under 20 seconds left. The refs kept their flags in their pockets, however, setting Tampa Bay up with an easy field goal – which Ryan Succop drilled two plays later to win the game.

“When it comes down to the tight plays in a game, if it’s ticky-tack, you’re better (letting it go),” Dallas head coach Mike McCarthy said after the game, per USA Today. “I would have taken the call. I wouldn’t have asked them to pick the flag up. But holding penalties and things in clutch times, I think it has to be a real foul there.”

Lewis declined to blame the refs and put the loss on his own shoulders.

“We always talk about it: we can’t put it in the refs’ hands,” Lewis said. “It’s a toss-up. We played a hell of a game (but) at the end of the day, we can’t have the refs in the game like that.”

When asked if Godwin’s momentum led to his fall, he said it did, but, “I can’t call it like that. That’s what the refs saw: a no-call.”

When asked about the no-call, Godwin said he wouldn’t change anything and that he “never [worries] about pass interference.”

“I think it was a little hand-fighting on both parts. He had some good coverage, it was a great pass and I tried to make a play for my team.”

It was a disappointing loss for Dallas, who went toe-to-toe with the reigning Super Bowl champions in quarterback Dak Prescott’s return from injury but ultimately came up short. Prescott had himself a night, completing 42 of 58 passes for 403 yards and three touchdowns.

Still, Dallas proved they can hang with the best teams in the NFL – even if some would argue they should have a notch in the win column to back it up.