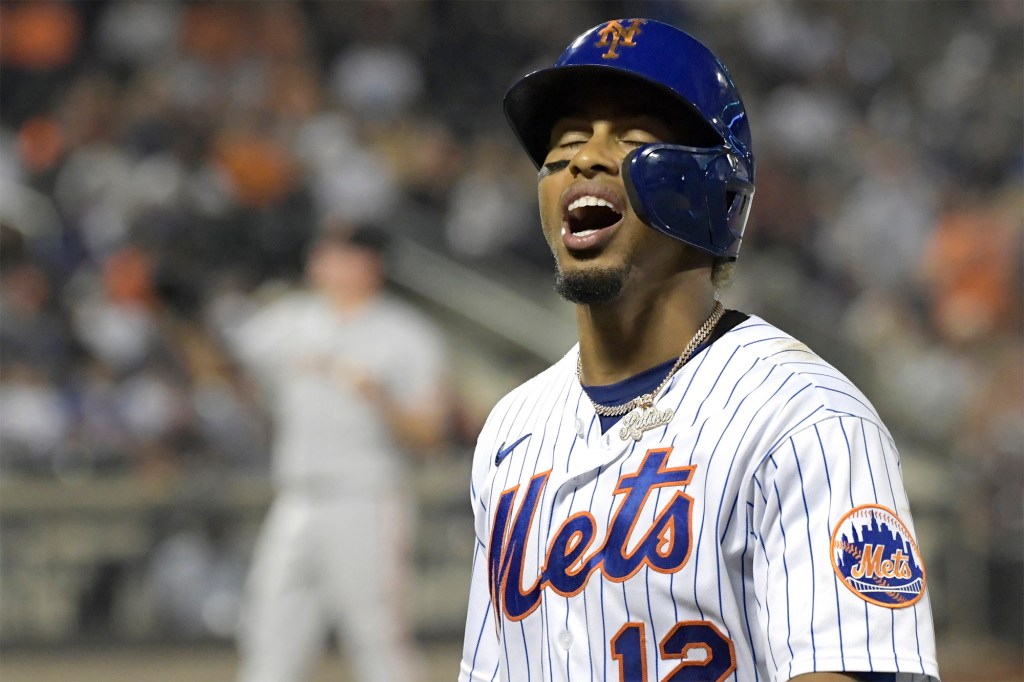 The murmurs started in the seventh inning, a low rumble throughout the stands, when Francisco Lindor struck out as a pinch hitter to lead off the inning in Wednesday’s game against the Giants with the Mets trailing 3-2.

But that was only the appetizer.

For after remaining in the game, Lindor came to the plate with runners on first and second and one out in the ninth inning, still down 3-2. The Giants had dropped one foul pop-up and one fly ball to left-center to put the potential tying and winning runs on base.

It was all there for Lindor. It was all there for the beleaguered Mets. Until Lindor hit a soft pop-up to first base on Jake McGee’s first pitch. The low rumble was more than that. The loud rumble turned into boos that swept Citi Field. The same kind of boos that Lindor had heard earlier in what has been a disastrous first season in Queens.

Two batters later, the Mets had lost their 10th of 12 over 13 days to the Giants and Dodgers in what had turned into a two-week sightseeing tour of a tiny gated community to which they do not have the code.

A night earlier, Lindor had received a warm ovation upon his first at-bat after being activated from a five-week, 36-game stay on IL with a strained oblique. The cheers intensified when he sent a long one to the wall before finishing the night 0-for-4.

“They gave me a little boost. I loved it,” Lindor said that night of the fan reaction. “Coming back home and feeling the fans, they gave me that extra boost I needed.

“I’m not going to lie, I was a little nervous, a little anxious, but the fans made it a little better for me tonight. I thank them for cheering me on.”

One night later, there were thanks for nothing and boos for free.

So yes, he is booed.

They are booing all of it. They are booing franchise history just as surely as booing this particular team, which has been out of its element against the league’s upper echelon and has slipped to a season-worst four games under .500 at 61-65 while falling seven games behind the first-place Braves entering Thursday’s finale of the series against San Francisco.

You know, the Mets were actually 35-25 with a five-game division lead as late as June 16. Everyone was excited. The city seemed captivated. They held a four-game lead as late as July 31 and were in the lead through Aug, 5.

Of course, though, their first-half accomplishments were all but dismissed by acting general manager Zack Scott on Aug. 11 when he said, “We’ve played very mediocre baseball most of the year.”

He might as well have been one of those people booing.

A day removed from the controversial decision to replace Taijuan Walker with Aaron Loup in the seventh inning, which blew up immediately in his face like a novelty-item cigar, manager Luis Rojas spoke of the experience of running the gauntlet against 82-44 San Francisco and 80-47 Los Angeles, who have the two best records in the majors.

Rojas seemed to take solace that the Mets had come close in a majority of the 10 defeats and had not been blown out night after night. He lauded the team’s resilience. Indeed, six of the losses were by one run, with a pair of those in extra innings.

But is that supposed to make anyone feel better about the state of the union nearing the end of a month in which the team had gone 6-17?