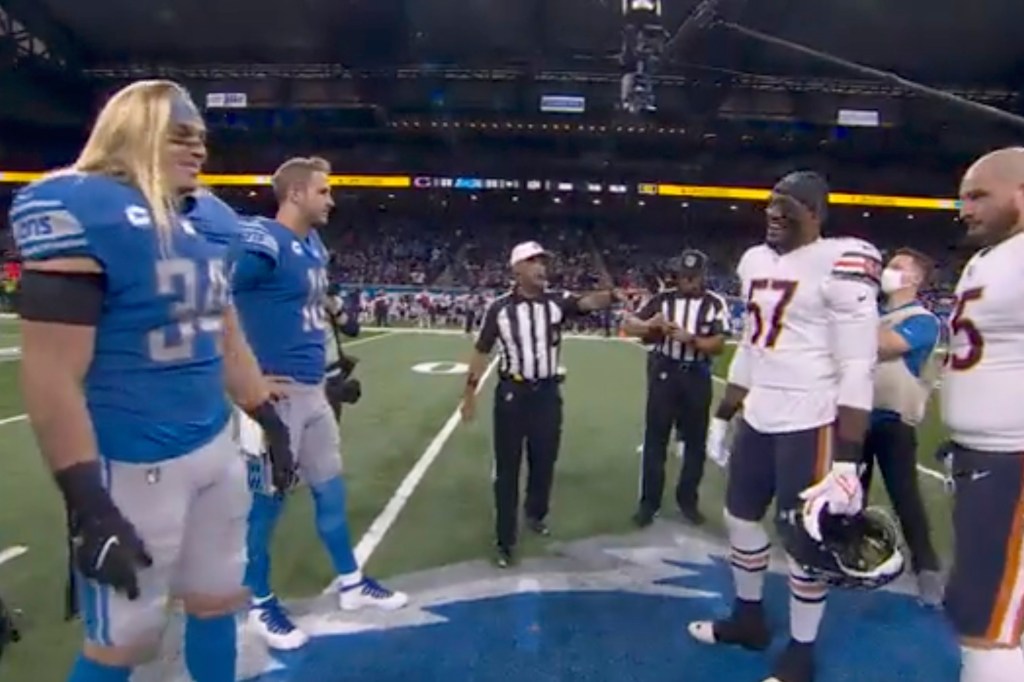 
It was a fitting start to what most expected to be a Thanksgiving dud.

The Lions won the coin toss before their matinee started against the Bears and opted to defer. Bears linebacker Christian Jones did not realize this and also opted to defer.

Clearly, no one wanted the ball.

The Bears, though, were forced to take it after the referee straightened everything out between the teams’ captains.

Fox analyst Troy Aikman called it an “all-timer” while laughing.

The Bears managed one first down on that opening possession before punting. The 0-9-1 Lions then marched right down the field with Jared Goff connecting on a 39-yard touchdown pass to Josh Reynolds.

It is not the first coin flip gaffe involving the Lions on Thanksgiving. As the 1998 holiday game against the Steelers headed to overtime, Jerome Bettis called tails and the coin landed on tails. However, NFL referee Phil Luckett thought Bettis called heads and awarded the ball to Detroit.

The Lions promptly marched down the field for the game-winning field goal, making it the most infamous coin toss in NFL history.

Thursday’s situation does not compare to that but was a hilarious start to a game between two teams with a combined 3-16-1 record.