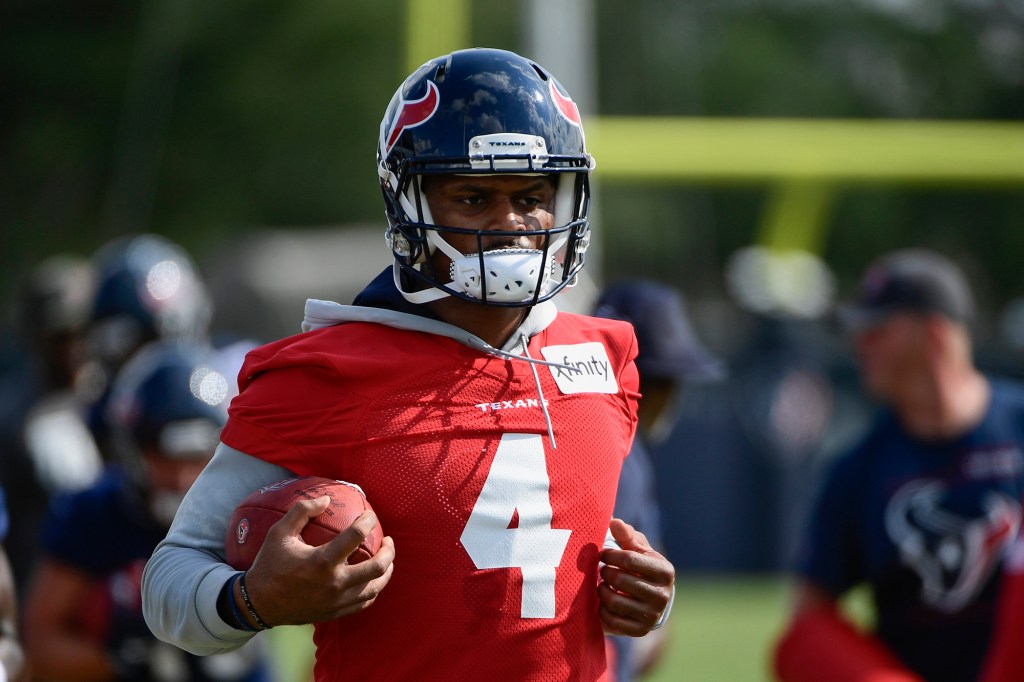 
The Texans plan to sit Deshaun Watson all season, but that hasn’t caused them to lower their trade demands for the troubled quarterback.

Houston GM Nick Caserio continues to ask teams for a package of six players and draft picks, ESPN reported Sunday. Watson is being investigated by authorities and the NFL after 23 civil lawsuits (22 still active) were filed earlier this year alleging sexual assault and inappropriate behavior.

The three-time Pro Bowler will be inactive for Sunday’s season opener against the Jaguars, with veteran Tyrod Taylor slated to start for the Texans.

According to ESPN, potential trade partners have been unwilling “to meet Caserio’s asking price without attaching conditions to the picks because of the ongoing investigations by the FBI, Houston Police Department and NFL into Watson,” who has denied all allegations.

No charges have been filed, and attorney Rusty Hardin has said that Watson has spoken to the FBI about possible extortion allegations concerning one of the lawsuits.

The 25-year-old Watson is slated to earn $10.5 million this season before a four-year extension worth $156 million begins in 2022.

California voters: Less Republican and white than in 2003 – World News