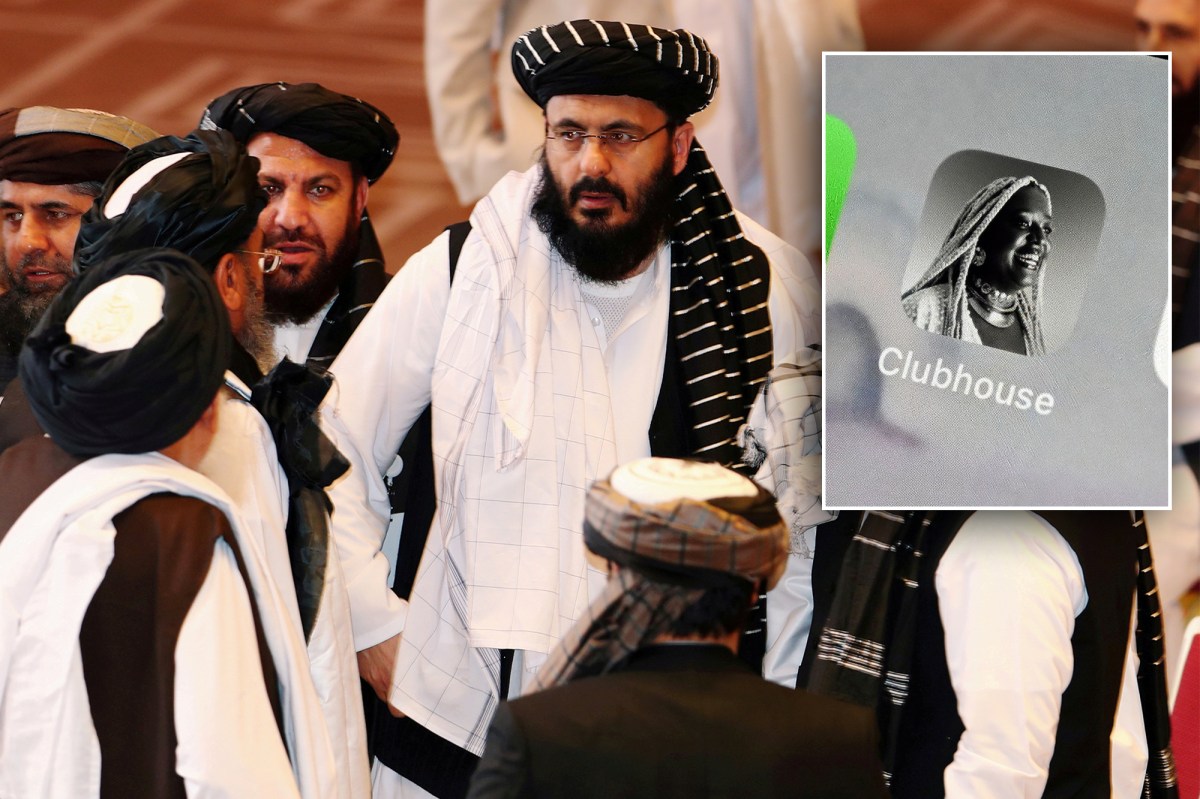 
As the Taliban sweep across Afghanistan, some members of the Islamist terrorist group are apparently making time to log on to Clubhouse, a trendy audio-based social media app.

Taliban spokespeople are running chatrooms within the app where they discuss religion and their plans for the future of Afghanistan, which is rapidly falling into the extremist group’s control amid the withdrawal of American troops, Agence France-Presse reported.

“The Taliban called me rude and cut my mic after I spoke the truth about them,” Haanya Saheba Malik, an Afghan Clubhouse user who joined a Taliban room, told AFP. “They openly declared those of us calling for human rights infidels and deserving of death.”

But the app — which is backed by A-list investors like Andreessen Horowitz and Tiger Global Management, as well as celebrity entrepreneur Audrey Gelman — appears to have allowed the group to operate on the platform for at least two weeks.

The AFP first covered the Taliban’s use of Clubhouse on July 16. This Saturday, a Taliban spokesperson was once again live on the app, calling for better relations between Afghanistan and Iran while praising the country’s theocratic system of government, according to nonprofit South Asia Media Research Institute, which monitors Taliban communications.

Clubhouse did not immediately reply to multiple requests for comment.

Content on Clubhouse — which gained notoriety earlier this year for hosting exclusive sessions with tech icons like Tesla’s Elon Musk and Robinhood’s Vlad Tenev — is more difficult to track than many other social media platforms because its chats are audio-only, and the app does not allow users to rewind or listen to previous sessions.

Clubhouse policies also explicitly forbid users from recording or quoting statements made through the app.

But some Afghan Clubhouse users told AFP that the Taliban is recording Clubhouse sessions in order to mark critics for future retribution.

Zabihullah Mujahid, a Taliban spokesperson who also operates a Twitter account with 232,000 followers, denied threatening opponents on Clubhouse in a statement to AFP.

Social media is becoming increasingly important for the Taliban as the group looks to usurp Afghanistan’s US-backed government.

Almost half of the country’s 37 million residents have internet access and 13 million use social media, AFP reported, making apps like Clubhouse an important way to reach Afghans.