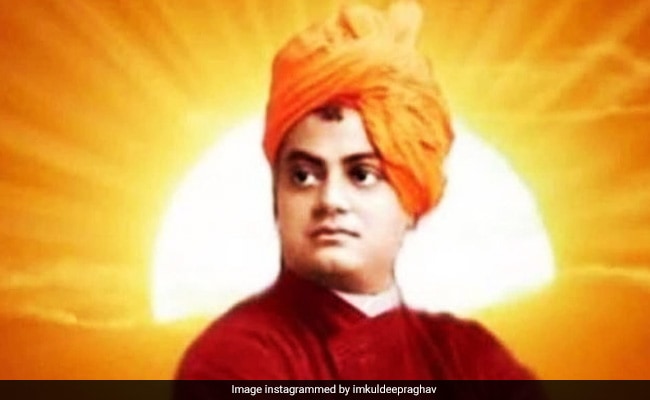 Swami Vivekananda, one of the greatest spiritual figures ever, died on July 4, 1902, at the age of 39. Born as Narendranath Dutta in Kolkata on January 12, 1863, he chose the path of spirituality by becoming a follower of Ramakrishna Paramhansa. Swami Vivekananda is credited for taking the concepts of  “Yoga” and “Vedanta” to the western world. With his popular speech at the World’s Parliament of Religions held in Chicago in 1893, Swami Vivekananda attracted the world’s attention to the treasure of India’s culture and heritage. His charismatic personality and incredible knowledge surpassed the barriers of countries, religions and cultures.

Swami Vivekananda found the Ramakrishna Mission at Belur Math in West Bengal as a mark of respect to his spiritual Guru. He breathed his last at the Math after battling severe health issues in his life.

On his death anniversary today, here are some inspiring quotes from Swami Vivekananda: