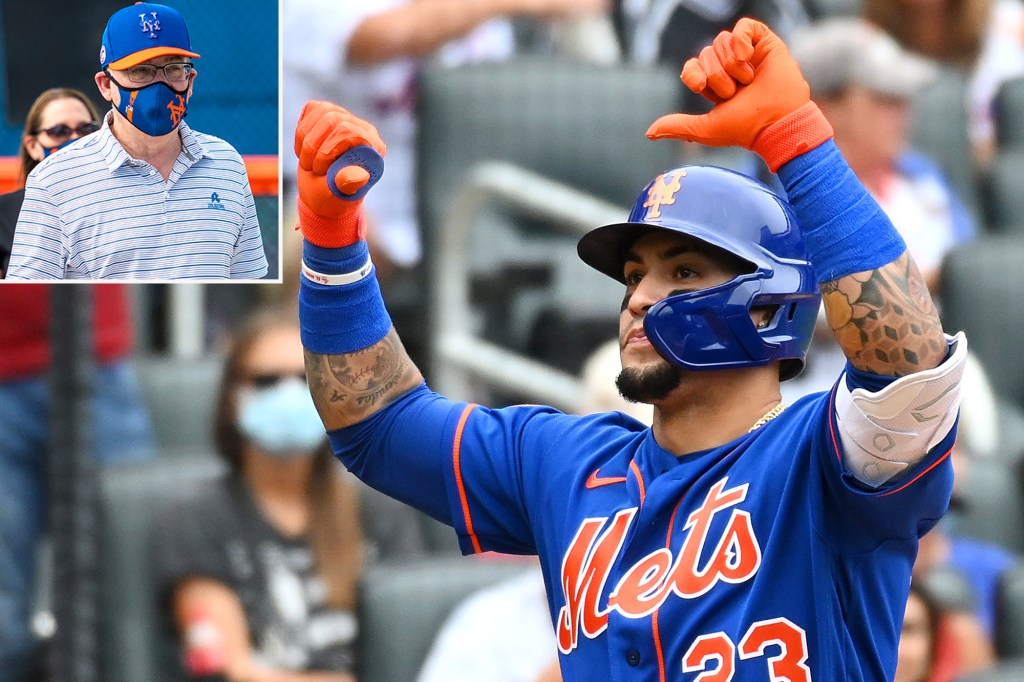 By happenstance, Steve Cohen is hosting a Mets foundation charity event Monday evening and Javy Baez and Francisco Lindor are both expected to attend.

The Mets owner anticipates that the latest controversy — a few players’ thumbs-down gesture and Baez’s comments Sunday that is was meant to symbolically boo critical fans — will come up in conversation at the event.

So, how does Cohen feel about the action and words associated with, at least, Baez, Lindor and Kevin Pillar?

“These are young guys and sometimes we forget they are on a public stage and can make mistakes,” Cohen told The Post by phone. “They hit the third rail, though, by messing with fans. And it is unacceptable. Hopefully, this is a teaching moment and they will learn from this.”

“I miss the days when the biggest controversy was the black jerseys,” he wrote.

Mets team president Sandy Alderson also spoke out about the players’ actions, which occurred during the 9-4 win over the Nationals on Sunday.

“The Mets will not tolerate any player gesture that is unprofessional in its meaning or is directed in a negative way toward our fans,” Alderson said. “I will be meeting with our players and staff to convey this message directly.”