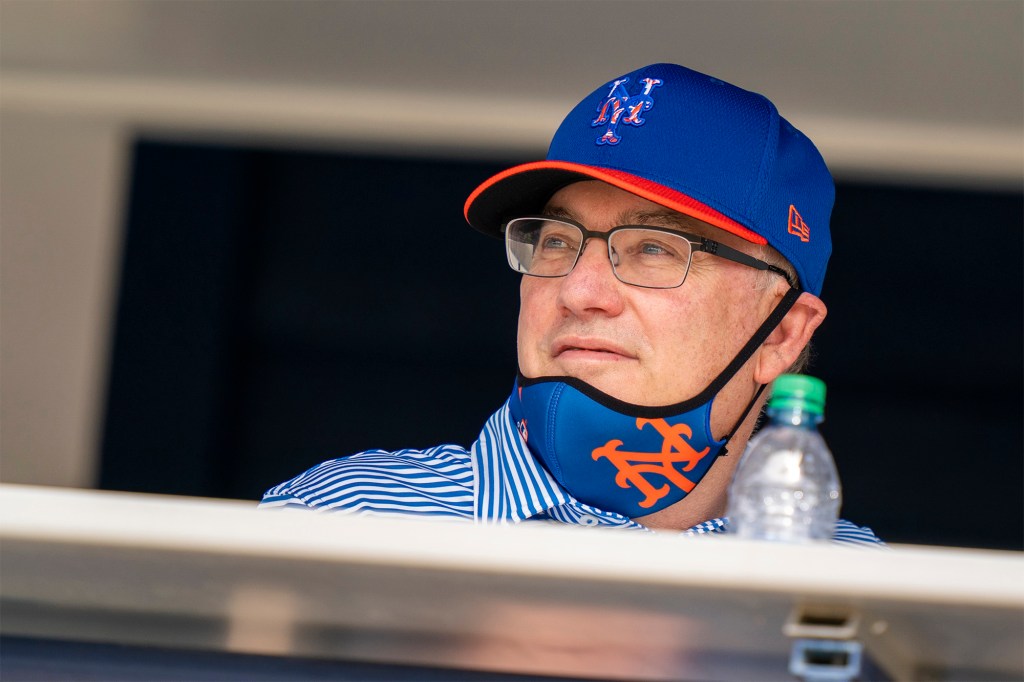 Steve Cohen did not love his ravioli dish, but still, his springtime dinner with Francisco Lindor was supposed to change everything about the Mets. The goodwill established that night ultimately helped make a $341 million deal that Fred Wilpon never would have made, with or without his Madoff money.

Nearly six months later, Lindor is the most prominent face of the latest Mets season gone awry. Michael Conforto and Jeff McNeil are way up there on the list of primary culprits, but they were not blessed with Lindor’s talent or his contract. So more than anybody, the shortstop will wear this one.

In fact, Steve Cohen has had a more disappointing season than his highest-paid player has had. Lindor was brand new to the franchise and to the New York market, and was almost bound to struggle at the plate and to engage in some clueless conduct — lying comically about his tussle with McNeil, thumbing his nose at the fans by giving them the thumbs-down — as he adjusted to the big city.

But Cohen is a lifelong New Yorker and Mets fan who had spent more than eight years in the organization as a minority owner. He had closely watched the Wilpons, Fred and Jeff, make all their mistakes, before buying their team last November for $2.4 billion. And when Cohen promised that his operation would be defined by professionalism and integrity, and that he was “not gonna put up with maybe the type of stuff that has happened in other places,” it sounded like code for, I’m not gonna put up with the type of stuff that happened in this place, under Fred and Jeff.

Feeling liberated at last, Mets fans ate it up. No recent American owner had received a more enthusiastic welcome than Cohen, a hedge-fund zillionaire who spoke confidently of making the playoffs this year, fielding a consistently great team, and winning a World Series title in three to five years.

And then Cohen rained on his own parade.

Actually, it wasn’t so much what the owner did, but what the people he hired did, or didn’t do, in trying to establish that winning culture sports executives are forever talking about. Cohen brought back Sandy Alderson, who in turn brought in Jared Porter, as GM, and Zack Scott, as assistant GM. The Mets fired Porter the month after he was hired for sending explicit and harassing texts to a female reporter in 2016, while working for the Cubs, and then sidelined his replacement, Scott, earlier this month after he was charged with DWI. (Scott pleaded not guilty.)

But before his arrest, Scott exposed a different flaw in Cohen’s culture when he said that Mets players who landed on the injury list were not compliant in following injury prevention protocols. In other words, the players weren’t listening to the team’s recommendations on how to remain healthy.

It’s hard to get more dysfunctional than that.

The players’ same apparent disregard for their employer showed up again during the thumbs-down fiasco. When underperforming pro athletes feel free to mock paying customers who are rightfully expressing their displeasure, they show no fear of, or respect for, their boss’s authority to punish them for it.

Cohen, or Cohen’s people, committed a long series of unforced errors during the season, including the disastrous drafting of Vanderbilt’s Kumar Rocker, and the owner’s penchant for thinking out loud on Twitter. Though he was right last month when firing a jagged-edge tweet at his hopeless hitters, his decision to turn Post beat writer Mike Puma’s story on the owner’s social media presence and management style — and how they could compromise the search for a baseball operations chief — into a name-that-source contest only served to make Puma’s point.

By the way, what do you think Billy Beane and Theo Epstein felt about Cohen’s amateur-hour exercise on Twitter? Exactly.

Yes, Cohen deserves a chance to recover in the coming seasons, as does Lindor. But given the owner’s experience with the franchise and the market, Lindor had a better excuse to fail than his boss did.

And yet Cohen failed anyway. After he bought the Mets he said, “I’m not crazy about people learning on my dime.”

Mets fans weren’t crazy about Cohen learning on their dime either.

Zach Wilson has been put on notice