Stephen A. Smith’s goodbye to Max Kellerman after driving him off ‘First Take’ 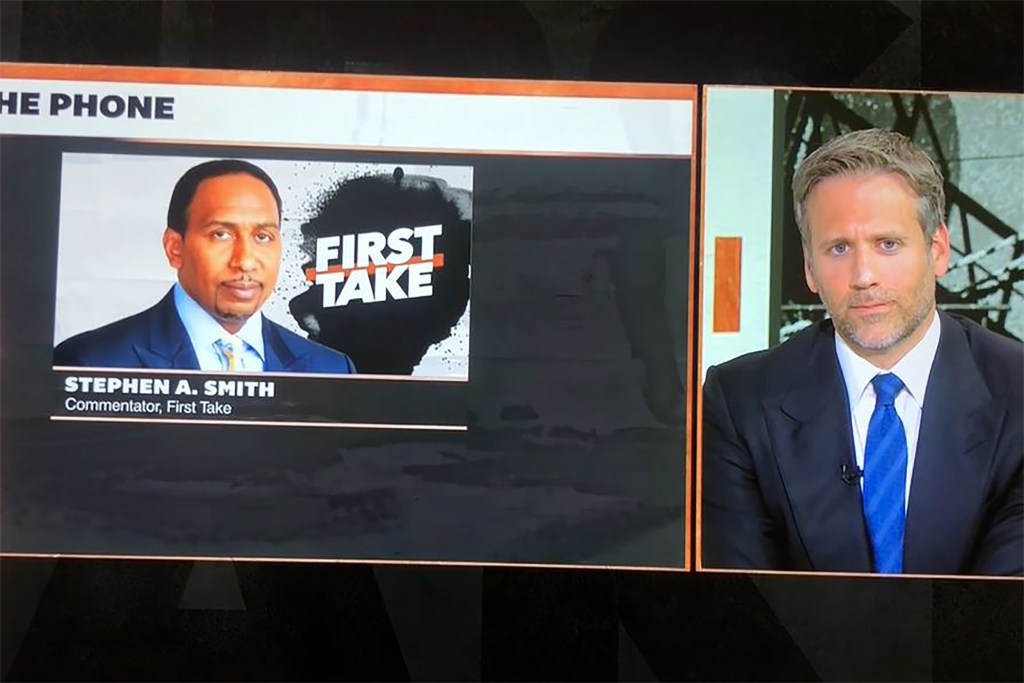 Widely considered to be the face of the network, Smith had ESPN executives remove Kellerman from the program because he didn’t believe the pair worked that well together, The Post’s Andrew Marchand reported.

Neither Smith nor Kellerman made mention of the reason for their breakup during Wednesday’s show.

“I’m really sorry I couldn’t be there to tell you face-to-face to thank you for everything you did for the show,” said Smith, who called into the show because he is recovering from sleep apnea surgery. “You’re going to be doing big things like you’re always doing big things.”

The 48-year-old Kellerman, who is moving to mornings on ESPN Radio and will have his own afternoon TV show on the network, thanked Smith for calling in and alluded to Smith’s outsized influence on the show’s makeup.

“Stephen A. had a lot of say in who was going to be his partner after Skip [Bayless] left the show,” said Kellerman, who was born in The Bronx and began his career broadcasting boxing. “And I was honored to have been chosen and wouldn’t trade the last five years for anything.”

In March, the 53-year-old Smith pushed for ESPN to reunite him with Bayless before Bayless re-signed with Fox Sports on a four-year, $32 million deal.

Bayless is the co-host of FS1’s “Undisputed,” another daily morning sports debate show in the mold of “First Take.”

Smith, a former newspaperman whose $60 million contract makes him the highest-paid ESPN personality, will remain on “First Take” with a rotation of guests to debate.

Justin Bieber returning to VMAs for first performance since 2015