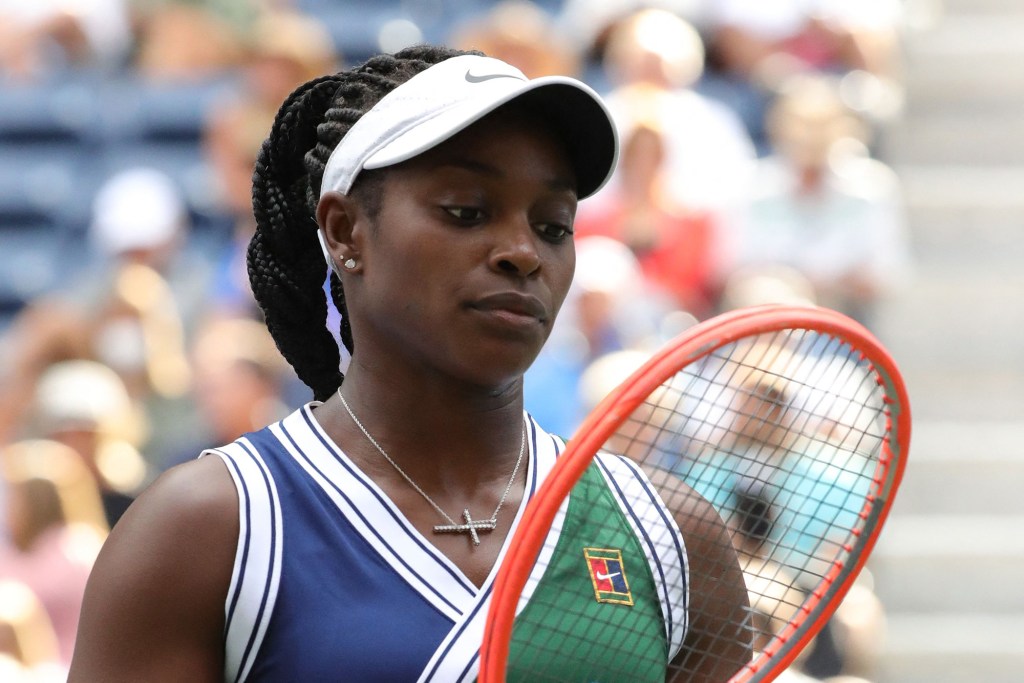 
Sloane Stephens is exhausted, not from the grind of her third-round defeat at the U.S. Open, but from the abuse and hateful words she received online after her loss.

“This isn’t talked about enough, but it really freaking sucks,” Stephens wrote Saturday on her Instagram account.

Stephens, the No. 66-ranked women’s tennis player in the world, shared vile messages she received — saying there were more than 2,000 of that ilk — in posts to her Instagram story on Saturday, following the 28-year-old’s three-set loss to Angelique Kerber on Friday.

“I promise to find you and destroy your leg so hard that you can’t walk anymore,” read one message.

“This type of hate is so exhausting and never ending,” said Stephens, who won the 2017 U.S. Open.

Athletes’ previously undiscussed tribulations have taken on a greater platform recently. Simone Biles withdrew from Olympic competition to work on her mental health. Naomi Osaka, who earlier this year declined to speak to reporters, also citing her mental health, said Friday night she “wants to take a break [from tennis] for a while” after tossing her racquet multiple times during her loss to Leylah Fernandez.

For her part, Stephens tried to weed through the negativity to find a bright side.

“I’m choosing positive vibes over negative ones,” Stephens wrote. “I choose to show you guys happiness on here but it’s not always smiles and roses.”