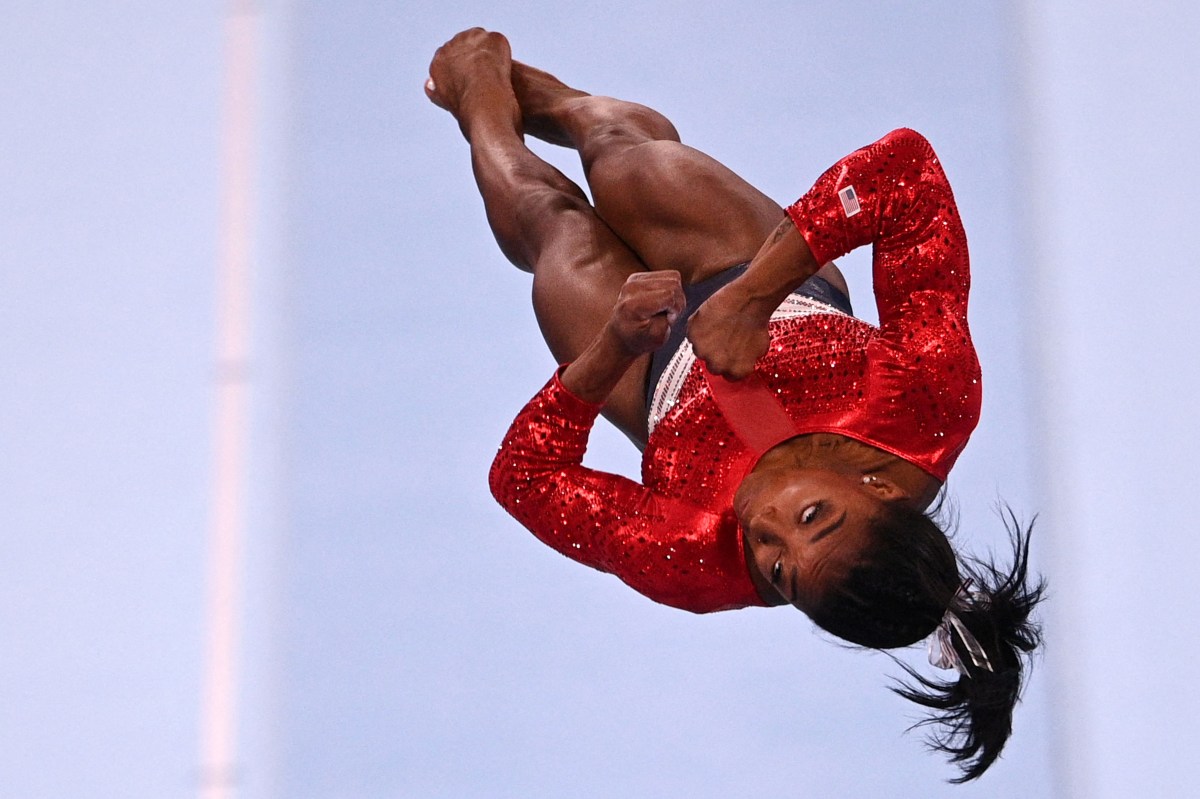 
Simone Biles opened up about her fateful “twisties,” the condition she said led her to pull out of the Olympic gymnastics competition to focus on her mental health – revealing to her fans in an Instagram Q&A that her “mind and body are simply not in sync.”

“I don’t think you realize how dangerous this is on hard/competitive surface,” the 24-year-old — who has won four Olympic gold medals, as well as a silver and bronze – wrote in a story Friday.

“Nor do I have to explain why I put my health first. Physical health is mental health,” the 4-foot-8 Texan added.

The Team USA gymnast also posted, then deleted, two videos of her attempting a dismount on the uneven bars.

“For anyone saying I quit. I didn’t quit my mind & body are simply not in sync. As you can see here,” wrote the athlete, who stunned the world when she dropped out of the team final and women’s individual all-around.

Biles told her followers that during competition, she is supposed to do one-and-a-half more twists than what she managed to do in training.

“Almost there but not quite,” she wrote, adding, “Sometimes I can’t even fathom twisting. I seriously cannot comprehend how to twist. Strangest & weirdest thing as well as feeling.”

The “twisties” cause a gymnast to lose a sense of where they are in the air and often leads to dangerous landings.

Biles opened up about the situational awareness bugaboo, telling her fans that she could “literally not tell up from down.”

“It’s the craziest feeling ever. Not having an inch of control over your body. What’s even scarier is since I have no idea where I am in the air, I also have NO idea how I am going to land. Or what I am going to land on. Head/hands/feet back…,” she wrote.

“It’s honestly petrifying trying to do a skill but not having your mind & body in sync,” she wrote, adding, “10/10 do not recommend.”

Biles pointed out that she’d been affected by the twisties previously, writing, “btw it’s never transferred to bars & beam for me. It strictly likes floor & vault, but this time it’s literally on every event. which sucks… really bad.”

She insisted that she “didn’t have a bad performance and quit. I’ve had plenty of bad performances throughout my career and finished competition. I simply got so lost my safety was at risk as well as a team medal.”

Biles also described her vault misfire that preceded her withdrawal.

“I also have no idea how I landed on my feet on that vault bc if you look at the pictures & my eyes you can see how confused I am as to where I am in the air,” she wrote.

“Thankfully I landed safe enough but I also don’t think some of you realize I was supposed to do a 2 ½ and I only completed 1 ½ twists before it looks like I got shot out of the air,” Biles added.

She also took a swipe at her doubters and critics as she explained that she had no problems with her routines before heading for Tokyo.

“It randomly started happening after prelims competition the VERY next morning,” she wrote. “By that time NO an alternative was not allowed to be placed in my position for you ‘know it alls.’”

Biles continued: “We have 4 on a team for a reason. I chose to not continue team competition in jeopardizing losing a medal (of any color) for the girls/US.”

“CONGRATS PRINCESS absolutely killed it!!! OLYMPIC CHAMPION RIGHT HERE !!! So so so beyond proud of you!!!!” wrote Biles, who has not  yet indicated whether she will compete in individual events next week.