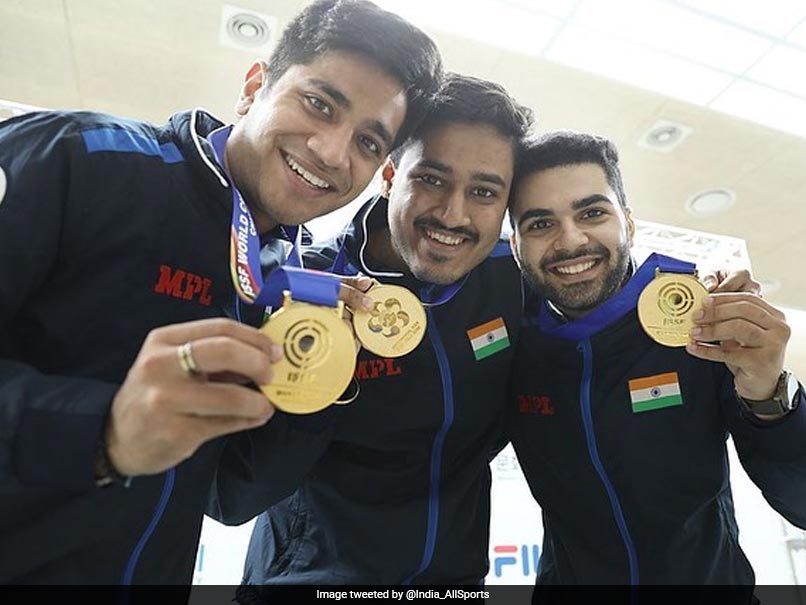 India finished yet another ISSF Shooting World Cup campaign by topping the medal’s tally with a haul of 15 medals, including five gold, six silver and four bronze on Wednesday. On the final day of competitions, the Indian trio of Anish Bhanwala, Vijayveer Sidhu and Sameer won the silver in the men’s 25m Rapid Fire Pistol team event. The Indians were all set to top the podium and, at one point, were leading 10-2 against the quality Czech side of Martin Podhrasky, Tomas Tehan, and Matej Rampula.

But the Indians lost their nerve as they went down 15-17 to settle for second place.

In the skeet mixed team event, the Indian pair of Mairaj Ahmad Khan and Mufaddal Deesawala finished ninth out of 17 teams with a score of 138 out of 150.

India had won all five ISSF World Cup stages in 2019, one in the curtailed 2021 season and yet again this year in the first stage in Cairo.

The next big assignment for the Indian rifle and pistol shooters will be the much-awaited ISSF World Championship scheduled in Cairo in October this year.

A good performance by the Indian shooters at the World Championships means they will have a chance to represent India at the 2024 Olympic Games in Paris.

The shotgun squad, on the other hand, will take part at the ISSF Shotgun World Cup, slated to take place in Osijek, Croatia in September.