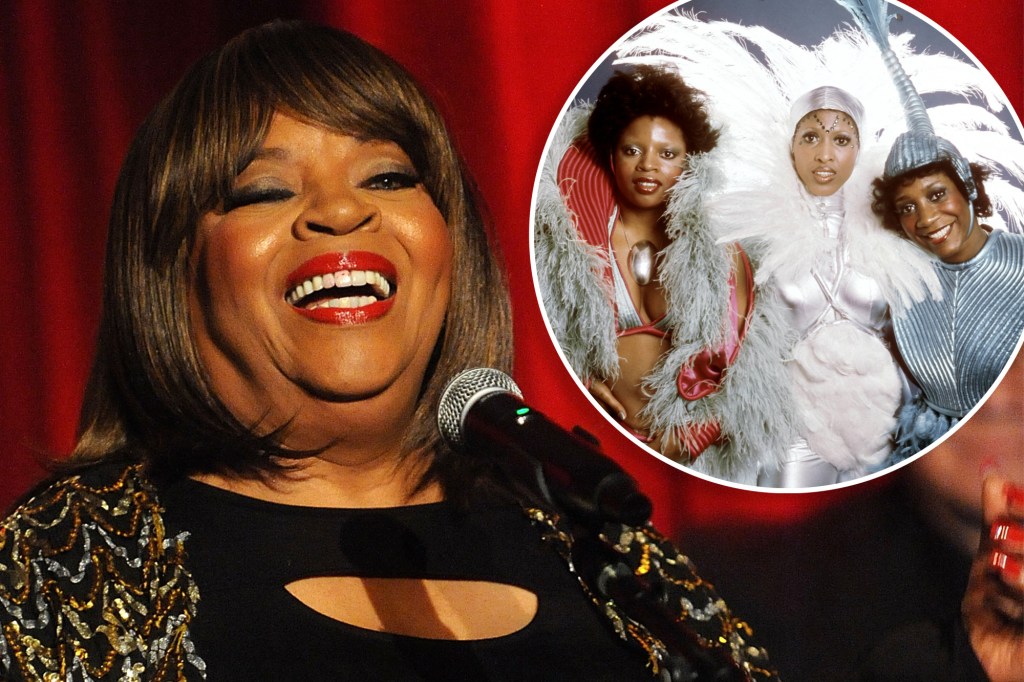 
Sarah Dash, co-founder of the legendary pop and R&B trio Labelle with Patti LaBelle and a respected session vocalist with Keith Richards, died Monday. She was 76.

The “Lady Marmalade” singer’s passing was confirmed by her former group members on social media, although no cause of death has been disclosed at this time.

“We were just onstage together on Saturday and it was such a powerful and special moment,” LaBelle, 77, posted to Twitter Monday evening. “Sarah Dash was an awesomely talented, beautiful and loving soul who blessed my life and the lives of so many others in more ways than I can say. I could always count on her to have my back. That’s who Sarah was … a loyal friend and a voice for those who didn’t have one. She was a true giver, always serving and sharing her talent and time.”

Dash was born Aug. 18, 1945 in Trenton, N.J., where she created a vocal duo called the Capris before relocating to Philadelphia in the mid-‘60s, Billboard reported. It was there that she first joined vocal forces with Patti LaBelle (neé Patricia Holte), Nona Hendryx and Sundray Tucker as a quartet called The Ordettes. When Cindy Birdsong (The Supremes’ eventual replacement for Florence Ballard) replaced Tucker, the big-voiced group changed its name to The Bluebelles in 1962.

When one of the three singers stepped out front — and added her name to marquee — Patti LaBelle and The Bluebelles garnered a cult following for its vocally sublime rendition of “Over the Rainbow,” which generated enough interest for them to land a slot as the opening act for The Rolling stones in the mid-1960s.

Dash had just posted footage of her weekend reunion with LaBelle with her nearly 7,000 followers on Instagram.

The group recreated itself as Labelle in 1971 — complete with more era-appropriate afros and space age suits — to open for stadium-filling bands like The Who. Dash sang soprano co-lead on “Can I Speak to You Before You Go to Hollywood?” before the group scored its most massive commercial success with “Lady Marmalade” in 1974. The erotically charged track about a woman who fully embraced her sexuality reached No. 1 on both the Billboard Hot 100 and Hot Soul Singles (now Hot R&B/Hip-Hop Songs).

The classic track was voted into the Grammy Hall of Fame in 2003 and the National Recording Registry in 2020, and was later covered by Christina Aguilera, P!nk, Lil Kim and Maya for the smash hit “Moulin Rogue!” film soundtrack in 2001.

Fellow Labelle member Hendryx, 76, shared on Instagram of the passing of her group mate: “Words are inadequate so I will use few. We spoke a musical language, music says it best. Singing brought us together…” She added that the two had just talked and texted on Saturday. “Now you’re gone, I can’t believe it.”

After the group disbanded in 1976, Dash would go on to record an eponymous 1978 solo debut album, which featured “Sinner Man,” a top 10 Hot Dance Club Songs hit which would become her only Billboard Hot 100 charter, reaching No. 71 the following year.

Three other solo albums followed: “Ooh La La, Sarah Dash” in 1980, “Close Enough” in 1983 and “You’re All I Need” in 1988, as Dash launched a successful new career as a studio session background vocalist for the O’Jays, Chic’s Nile Rodgers, The Marshall Tucker Band and David Johansen. Throughout the late ‘80s into the early ‘90s she was doing session work, writing songs and touring with both Keith Richards’ solo crew as well as the Rolling Stones.

“I am heartbroken, as I know all of her loved ones and fans are. But I know that Sarah’s spirit and all that she has given to the world live on,” LaBelle continued in her Twitter tribute. “And I pray that her precious memory brings us peace and comfort. Rest in power my dear sister. I love you always!”