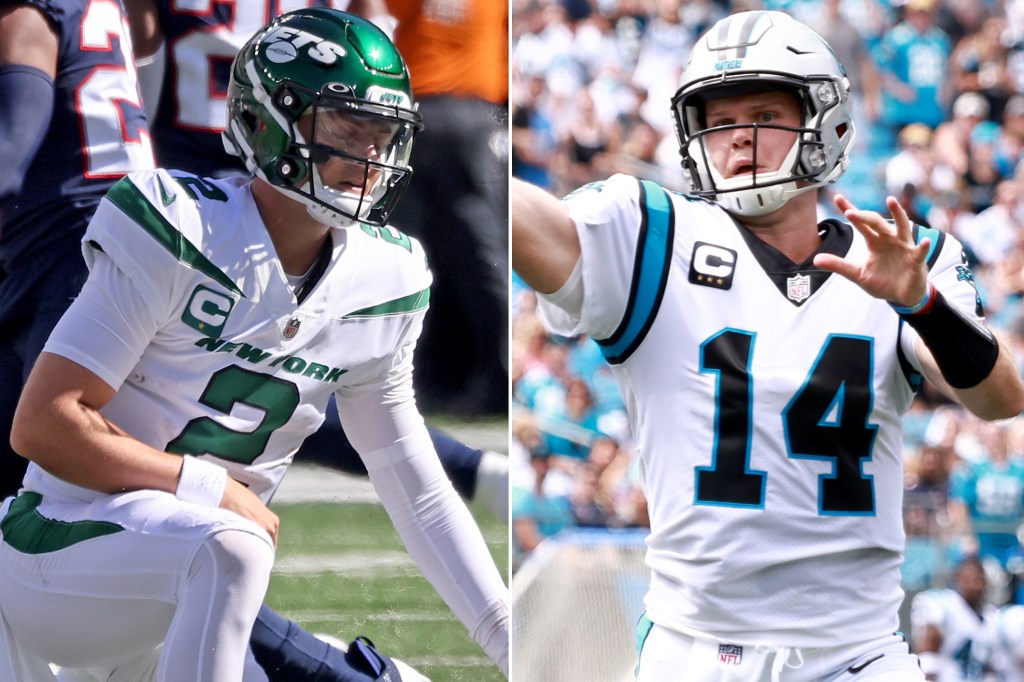 Nothing is quite as haunting in sports as a transaction that blows up in your face. Sparky Lyle haunted the Red Sox for years after they traded him to the Yankees for Danny Cater (to say nothing of that other Yanks/Sox swap from years before involving a fellow named Ruth and a play called “No, No, Nanette”).

For a while, it felt like Daniel Murphy might find a way to hit 2.000 against the Mets in the year or two after they let him go to the Nationals. The Jets never really let Bill Belichick feel like he was their guy, so he has spent the last 21 years as their personal Amityville Horror house, invading their every dream, daydream and nightmare.

Yes. You know where this is going.

This is going to Sam Darnold.

This is going straight into the darkest region of every Jets fan’s soul, this two-week launch to the 2021 football season, in which the New Savior, Zach Wilson, has played exactly as you might expect a raw, green rookie to play and the Old Savior, Darnold has played … well, at a pretty damn high level. The Jets are 0-2. The Carolina Panthers are 2-0.

Wilson has been wracked by growing pains. Darnold has been resplendent. We all saw what he did against the Jets in Week 1 — 24-for-35, 279 yards, one touchdown, no interceptions and really only one same-old-Sam mistake, a red-zone fumble early in the game on a botched handoff. You may have seen what he did in Week 2 against the Saints — 26-for-38, 305 yards, two TDs, one pick.

“I’ve always had a lot of confidence,” Darnold said after the Panthers were done ransacking New Orleans, 26-7. “That’s never going to change. Just finding completions and continuing to move the ball down the field, it’s a good feeling.”

(And yes, those words surely go down as easily for Jets fans as a pint glass full of arsenic on the rocks.)

OK. We can pump the brakes here at least a little. Darnold’s two-game partnership with prosperity has come against the Jets — who are, well, the Jets — and against the Saints, who were riddled with injury and illness a week after clobbering the Packers. Both games were at home. And Darnold has the kind of weaponry around him — notably Christian McCaffrey — that he could’ve only dreamed about as a Jet.

It is a situation that will serve as something of a shadow government for the Jets, for now and for as long as Darnold is the Panthers’ QB1, a time bound to coincide with Wilson’s tenure as QB1 for the Jets — and Darnold’s next game, Thursday at Houston, will be on national TV where another good game will usher in a fresh wave of Jets jokes from Topeka to Topanga.

It is grossly unfair to both quarterbacks, of course, especially to Wilson. But this is where we are. This is where the Jets are.

The team could have chosen to retain Darnold, after all, and use the No. 2 pick in the draft to either fill a different hole (of which the Jets have many) or add multiple picks. It was a legitimate option, especially since Darnold was only three years removed from being a highly touted No. 3 overall pick. And Darnold did have his moments as a Jet.

It was also fair to believe that Darnold was never going to maximize his talents here, that he needed a change of scenery and the Jets needed to move on. And it’s not like the Jets traded him to a division rival, or even to a conference foe; it was only thanks to a scheduling quirk, that the Jets drew the NFC South this year (that happens only once every four years), and a sinister sense of humor among the schedule maker to make the Panthers their lead-off game.

Mostly, what Darnold does, or doesn’t do, won’t affect the Jets, not directly. But it’ll be hard to convince Jets fans of that if the trend lines stay the same.

Wilson, of course, can help make this better by limiting his throws to wrong-colored jerseys and becoming the quarterback a lot of folks, not just Jets folks, believe he can become. And Darnold may soon help when the Panthers move to the Tampa/Dallas/Buffalo portion of their schedule (though there’s also a date with the Giants looming Oct. 24, and one of Darnold’s best-ever games came against Big Blue in 2019).

It certainly is in Carolina, for the time being, for the Old Savior.